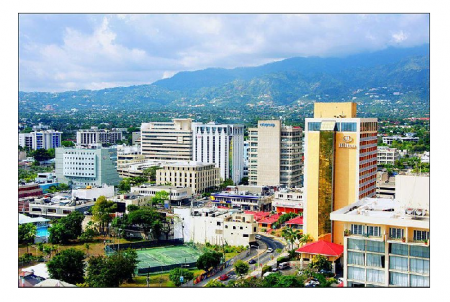 New York Times, one of the leading newspapers in the United States, has designated Kingston as one of the top 52 Best Places to Go in 2017. The Jamaica Tourist Board (JTB) described the designation as an “enviable” one, noting that it comes on the heels of the first anniversary of Kingston being named a UNESCO Creative City of Music.

In highlighting the attributes of Kingston, the New York Times article cited the city’s cultural offerings such as the One World Rocksteady Music Festival, the newly opened Peter Tosh Museum, and the dub club music parties as some of the go to places.

Now, here are 10 interesting facts about Kingston, Jamaica that you ought to know:

1. Kingston is the capital and largest city of Jamaica, located on the southeastern coast of the island.

2. Kingston was founded on 22 July 1692, as a place for refugees and survivors of the 1692 earthquake that destroyed Port Royal.

3. In 1907, 800 people died in another earthquake known as the 1907 Kingston earthquake, destroying nearly all the historical buildings south of Parade in the city.

4. In the Americas, Kingston is the largest predominantly English-speaking city south of the United States.

5. In 1966 Kingston was the host city to the Commonwealth Games.

7. The city became home to the Mona campus of the University of the West Indies in 1948, with 24 medical students.

8. Kingston is Jamaica’s center of industry, commerce, finance, and entertainment.

9. Kingston is home to a number of urban parks which are frequently transformed to accommodate various events and festivities on the Jamaican calendar.

10. Kingston is surrounded by the Blue Mountains, Red Hills, Long Mountain, and the Kingston Harbor.