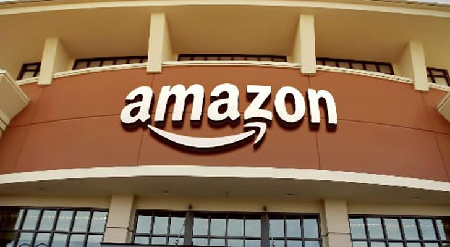 The online retail giant was founded on July 5, 1994, by Jeff Bezos and is based in Seattle, Washington.

The company started out as an online bookseller, but today has grown from selling books to a wide range of products.

It launched its first brick and mortar bookstore in its hometown Seattle in 2015 and has since then opened stores in six other cities.

“You don’t run a marathon before you run a 5K,” said Jennifer Cast, vice-president of Amazon Books. We wanted some time to learn and we also really wanted the right spot,” reportedly said.

The offerings are limited to just 3,000 titles, none of which have received fewer than four out of five stars by Amazon’s online customers, who are invited to post their own reviews on the website.

There is also a “Page Turners” section dedicated to books that — according to Amazon data — customers have devoured in three days or less, and another to preferences of customers in the New York area.

Some of the store’s first customers expressed strong support for the opening of the new bookstore in a city.

Amazon plans to open 13 more brick and mortar bookstores in the United States before the end of the year, including a second one in New York, due to open this summer.