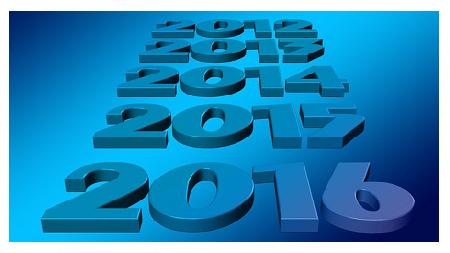 January 1, 2016 marks not only the beginning of a New Year, but that time of the year when people reflect and make resolutions to do things differently or take vows to become better persons — a new beginning or a change!

However, for the most part as the year progresses many people will fall right back to their same old habits.

And to be cynical one may ask can the Ethiopian change his skin or the leopard its spot?

The fact is old habits die hard, and it takes a fair amount of effort on the part of people to effect changes especially if they are in the latter part of their life cycle or possess a linear type of mindset.

Now, the central truth is, life will continue on like Ole Man River for the 99% of the people living within this society without any meaningful change.

The rich will become richer and the poor get poorer in 2016.

It is a known fact that we will always have the poor with us. However, the question of how we treat with the poor amongst us within our society is a fair one, especially at this time of year when the call for change is deafening.

Do we create opportunities for them to change their circumstances, or do we only grab for ourselves without heeding their cries?

It’s a serious indictment on any society where, for example, the majority of its people cannot afford good healthcare or education because of the high cost.

Moreover, it spells trouble for a society such as ours where the following obtains:

The increase in federal assistance for most Americans since 1979 is almost exactly equal to the additional income those folks would have made if incomes were still distributed the same way they were in 1979.

In 2010, the wealthiest 1 percent of Americans took home 24 percent of all U.S. income.

Now, if we are going to make that call for change, let’s not be Pollyannish about it.

We must first address some of the fundamental issues that affect our lives whether these emanate from our mindset or a result of the plain old bureaucratic structures that have held people back for ages.

Indeed, if we are going to make that change and by extension make the world a better place then we have to start by looking in the mirror at ourselves.

The unfortunate thing, however, some people can’t afford a mirror, some break it, and some don’t care to look in it. Consequently, we will continue with same ole same ole.

That said, it may be prudent to quote Alexander Pope:

Man never is, but always to be blessed:

The soul, uneasy and confined from home,

Rests and expatiates in a life to come.