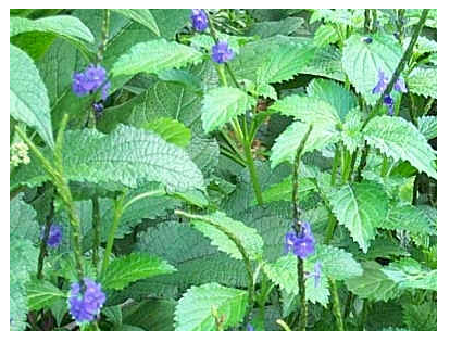 A Potential Game Changer In Treatment For Hepatitis C

Jamaica’s Dr. Henry Lowe and his research team at the Bio-Tech R&D Institute, based at the Mona Campus of UWI, in collaboration with his University of Maryland Medical School research team, headed by Drs. Joseph Bryant and Ngeh Toyang, are again creating waves in the scientific community, given their scientific breakthrough. In a paper published on December 5, 2015, in the British Microbiology Research Journal, entitled: “Inhibition of the Human Hepatitis C Virus (HCV) by Dibenzyl Trisulfide from Petiveria alliacea L (Guinea Hen Weed)”, the researchers highlighted the potential of Guinea Hen Weed and DTS to inhibit the growth of HCV compared to controls.

Hepatitis C is a liver disease caused by the Hepatitis C virus and is a major public health problem and emerges as both an endemic and a pandemic life threating disease. The infection is transmitted mainly through blood transfusion. In 2010, over 20,250 Jamaicans were reported to have the virus. Today, over 170 million people are infected with HCV worldwide.

Dr. Joseph Bryant of the Institute of Human Virology, University of Maryland School of Medicine and co-author of this recent article, as well as the previous publication, stated that the plant has a great potential to be used as an adjuvant therapy for both HIV and Hepatitis C where standard therapy is lacking.

The new findings are the results of the dedication of Dr. Lowe and his research team to evaluate and validate the curative properties of Guinea Hen Weed and other Jamaican medicinal plants.

Guinea Hen Weed is already widely used in some traditional folk medicinal preparations as well as in commercial nutraceutical formulations; the most prominent of which is the Eden Gardens Nutraceuticals line of products which is comprised of wellness teas and supplements.

Most of the Guinea Hen Weed preparations available in Jamaica are used as alternative medicine, for several conditions such as cancer, arthritis, pain relief and, most recently, in managing symptoms of the Chikungunya virus. The sales force which distributes Eden Gardens Nutraceuticals products reported a dramatic increase in sales of Guinea Hen Weed and Bissy supplements and teas since July 2014, which they believe were related to the Chikungunya virus outbreak. This interesting observation is currently being reviewed.

Dr. Charah Watson, Technical Director of Bio-Tech R&D Institute, noted that Guinea Hen Weed is one of the many Jamaican medicinal plants being researched by the group, in the hope of finding new treatment options for various disease conditions. Dr. Watson referred to a major collaborative project between the University Hospital of the West Indies (UHWI) Microbiology Department and the Bio-Tech R&D Institute.

“This project involves the investigation and evaluation of certain medicinal plants which can act against pathogenic microorganisms. The results to date have been very promising with several extracts from plant species, found only in Jamaica, showing significant potential in inhibiting a wide range of microorganisms, including Klebsiella pneumonia, which was recently reported to be implicated in the death of the premature babies at two of the island’s major hospitals.  As new and interesting information emerges from our research findings, as we have promised, we will share these with the public from time to time”.

“The findings reported by Dr. Lowe’s research team, as well as those previously reported by other scientists globally, give further evidence for the possible broad-spectrum bioactivity of Guinea Hen Weed and its major isolate DTS” said Dr. Toyang as he commented on the potential significance of the research findings. He also noted that the only available effective treatment regimens for Hepatitis C are mostly beyond the affordability of most patients, as a full course of treatment costs over US$80,000. The consequence of not treating the virus is the possible development of liver cirrhosis. The lack of early treatment of Hepatitis C is as such known to be the major cause of Hepatocellular Carcinoma which is the third leading cause of cancer deaths in the world.”

According to Dr. Henry Lowe, “Although much work is still to be done to take this discovery to a commercial level, the discovery and development of more effective and affordable treatments for the Hepatitis C virus remain a global priority, especially for developing countries”.

“We will continue to research, develop and produce nutraceuticals and pharmaceuticals from our medicinal plants with special emphasis on Ball Moss, Guinea Hen Weed and Cannabis (Ganja),” he added.