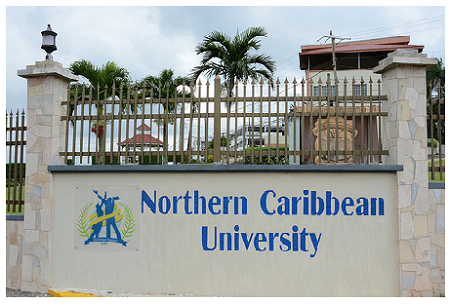 Princess Shakes and Natoy Allen, both students at Northern Caribbean University (NCU) were recently recognized for their development of a natural mosquito repellant to fight the Zika mosquito-borne Chikungunya virus (Chik-V).

Following the outbreak of the virus in Jamaica in 2014, the students were inspired to develop a product that could arrest the outbreak, not only in Jamaica, but also globally.

The IBMC is the first and biggest lean student startup competition in the world. It is held on the campus of Microsoft Ventures in Washington, D.C., where business teams from several universities and business schools across the world competed for the grand prize of $30,000 (USD) and the prestigious IBMC trophy.

Shakes and Allen had earlier won the National Business Model Competition (NBMC) finals April 1, ahead of 12 other teams from four universities, thus securing for themselves a cash prize of $2 million Jamaican Dollars ($16,000 USD), the NBMC trophy and an all-expense-paid trip to Washington D.C. to represent Jamaica and their university at the IBMC.

They developed their new product from citronella, lemongrass, peppermint, and coconut in a combination of plants and essential oils.

“People are getting more health conscious due to the Zika Virus epidemic and so this product will be further developed, expanded and distributed internationally, especially to countries like Brazil where it is more widespread,” reportedly said Shakes, the CEO, of the company.

“We will also be developing other products that will serve as a natural guard, which in turn will improve the health of individuals, increase and maintain productivity and aid in economic growth through job creation,” she added.

She also noted that reaching the international leg of the competition was a grand achievement and more so as they were not only representing their local university but Jamaica.

“Also, to be placed sixth from an initial group of 5,113 teams (42 of which made it to the finals in Washington, DC) from 186 Universities from approximately 46 counties was indeed a great accomplishment.”

NCU’s entrepreneur program has yielded positive results over the years as they have now won the NBMC three years, consecutively.

Students from the program also go on to do well at the international level and established themselves locally as successful entrepreneurs.