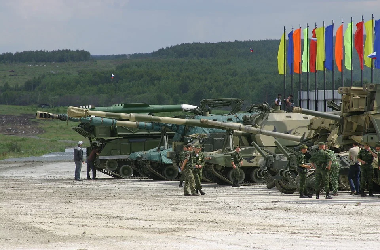 The North Atlantic Treaty Organization (NATO) has said there is no sign that Russian forces are de-escalating near Ukraine, despite claims from Moscow that it is pulling some troops back from the border.

NATO Secretary-General Jens Stoltenberg said moving troops and tanks back and forth did not amount to proof of a pullout.

“What we see is that they have increased the number of troops and more troops are on their way. So, so far, no de-escalation,” he said before an alliance meeting in Brussels.

He said Russia still had a huge force ready to attack Ukraine.

He warned that the threat from Russia had become a new normal, adding that the defensive alliance was considering strengthening its eastern flank.

But Russia later denied Mr. Stoltenberg’s assessment of the situation.

A Kremlin spokesman reiterated that some troops were being withdrawn following the completion of military drills.

Meanwhile, U.S. Secretary of State Antony Blinken said key Russian units were moving towards the border, not away.

“We continue to see critical units moving toward the border, not away from the border,” added Blinken.