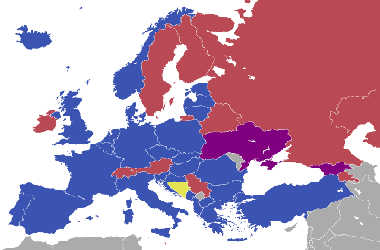 The North Atlantic Treaty Organization (NATO) leaders at their summit have warned of “challenges” presented by China’s growing reach and military strength around the globe.

The group also addressed Russian actions in the region, climate change, and cybersecurity in its final summit communique.

In a press interview, NATO’s Secretary-General Jens Stoltenberg said, “What we have seen is that during the Cold War it was one threat. That was the Soviet Union and that was in one way, simple, it was not good, but it was clear defined threat, the Soviet Union.”

He noted that today, the dynamics have shifted, and more is demanded of NATO allies.

“Now, we live in an age of global competition. We live in a more unpredictable world, where NATO has to face many different threats and challenges at the same time, our core task our main responsibility remains the same, and that is to defend and protect all Allies, close to 1 billion people, and preserve peace, but the way we have to do that and the threats we’re responding to, they have changed, and they will continue to change,” he added.

He said further, “We will agree on an ambitious forward-looking agenda the NATO 2030 Agenda, which is about exactly how to continue to adapt NATO, it is about reinforcing our collective defense, it’s about strengthening our resilience, it’s about shortening our technological edge, and it is for the first time for NATO to put climate and security, as an important issue for our Alliance, and many other issues, then the main message in that agenda is that as long as we are changing adapting then NATO will remain the most successful alliance in history.”