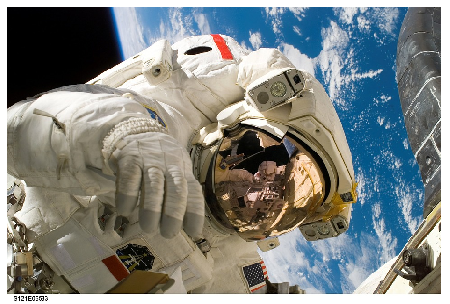 The six-hour ride to the International Space Station showed a Russian Soyuz capsule carrying U.S. astronaut Jeff Williams and cosmonauts Oleg Skripochka and Alexey Ovchinin as they lifted off from the Baikonur Cosmodrome in Kazakhstan at 5:26 p.m. EDT (2126 GMT).

They replace a crew that ended a nearly year-long flight earlier this month. Six hours before liftoff, Williams posted on Twitter, “A bit of snow and a huge amount of enthusiasm. All I plan to pack is a nice looking suit.”

Williams, a grandfather and veteran of three previous spaceflights, noted that he has been in space with 45 different people over the years.

The crew will spend about six months living and working aboard the station, a $100 billion research laboratory that flies about 250 miles (400 km) above Earth.

The U.S. space agency and Russia have not yet assigned crews for additional year-long missions following the March 1 return of astronaut Scott Kelly and cosmonaut Mikhail Kornienko from a 340-day spaceflight.

Williams, 58, who will be serving aboard the station for a third time, is expected to return to Earth with a career total of 534 days in space. This would surpass the current U.S. record, which is Kelly’s cumulative 520 days.

The world record belongs to Russian cosmonaut Gennady Padalka, who returned from his fifth flight last September and has spent a total of 879 days in space.

Scientists are interested in seeing how the human body fares during longer stays in space as the United States and other countries being planning for multi-year missions to Mars.

In addition to more exposure to radiation, astronauts experience bone and muscle loss and changes in their cardiovascular, immune, and other systems.

Williams, Skripochka and Ovchinin will join a three-man crew already aboard the station. The crew has been preparing for the arrival of an Orbital ATK cargo ship, which is scheduled to blast off from Florida on Tuesday.