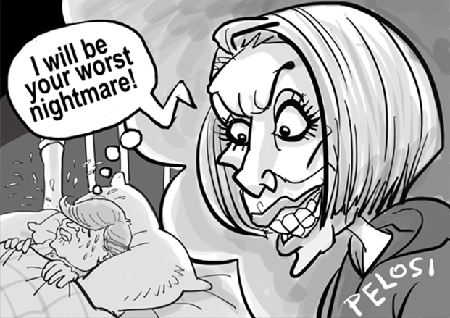 House Democrats have recently nominated Minority Leader Nancy Pelosi to be the next House speaker, albeit receiving push backs from a few members of the caucus who have been calling for new leadership.

That said, she still needs to win a majority in a roll call vote on the House floor on Jan. 3, when her party will take control of the chamber for the first time in eight years.

Pelosi won the nomination by a 203-32. However, the 32 votes of opposition would be enough to thwart her bid on the House floor, but it is expected that all members will fall in line, come D-day.

“It was so inspiring to hear my colleagues place my name in nomination once again” for speaker she said after she was nominated.

Pelosi, 78, has led House Democrats for 16 years, and that prompted some members of the caucus to call for a younger leader. However, no serious challenger came forward to compete for the position.

Pelosi boasts political creds such as a major opponent of the Iraq War as well as George W. Bush’s 2005 attempt to privatize Social Security. She was instrumental in the passage of the 2009 stimulus package, the 2010 Affordable Care Act, and the 2010 Dodd-Frank Wall Street Reform and Consumer Protection Act.

She has been a major critic of President Trump, and in January 2018, Pelosi referred to Trump’s 2018 State of the Union Address as a performance that was without serious policy ideas that both parties could collaborate on.

She questioned Trump’s refusal to implement Russian sanctions after over 500 members of Congress voted to approve them.

In February, after Trump blocked the release of a Democratic memo by the Intelligence Committee, Pelosi said the act was “a stunningly brazen attempt to cover up the truth about the Trump-Russia scandal from the American people” and “part of a dangerous and desperate pattern of cover-up on the part of the President” who had shown he had something to hide.”