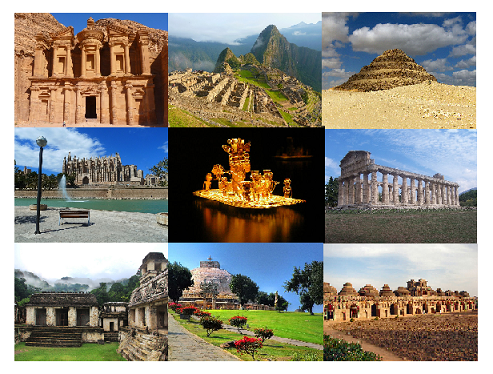 Lost city is a term that is used to describe human settlements that have transcended into terminal decline and became completely uninhabited. The geographical location of most of these cities had been forgotten, but some have been rediscovered and extensively studied by scientists.

The search for these lost cities by adventurers and explorers across the globe from the 15th century onward, eventually led to archaeological development.

Many people are curious about mysteries of why so many urban areas become abandoned, just to become legacies of a failed urban dream. Here are mysteries around 10 lost cities of the world:

Petra is located on the slope of Mount Hor, Jordan. It is famous for its stone sculpture on the rocks. This historical site was found by a Switzerland explorer in 1812 and made known to the public. Petra was surrounded by big rocks and never-ending streams. It was once a military fortress. During the reign of the Roman Empire, Petra went down quickly mainly because the marine trade route had been changed. In 363 A.D., the architecture and the water resources operation system people lived with were destroyed by earthquake. Petra aroused people’s curiosity in the Middle Ages.

Machu Picchu was located on the mountain which was 2430 meters above sea level in the Incan holy valley, near Cuzco. Machu Picchu was the most well-known symbol of Incan regime. It was described as the perfect masterpiece of architecture and distinctive proof of Incan civilization. Machu Picchu is built around 1450. The invasion of Spain led to the comedown of this empire and then this city turned into ruins. In 1911, a historian and explorer of Peru discovered this lost city.

Atlantis was first written about by Plato in 360 B.C. This city is believed to have sunk into the sea and the tragic incident happened in just a day, destroying any evidence of the civilization that inhabited Atlantis. The mystery of its disappearance is enough to twist or pull anyone’s imagination. The city of Atlantis was rumored to be highly extravagant with a royal structure, a strong naval force, and considerably advanced in technology. However, the city is no more; it is lost to the sea. Countless teams have set out in search of the city of Atlantis to no avail thus far and no end in sight for the search.

The name “Memphis” originates from Men-nefer-the Egyptian name of “Pepy I Pyramid”.  It ranked second after the establishment of Alexandria. During the reign of the Roman Empire, Alexandria became the most important city in Egypt, followed by Memphis. At that time, Memphis was abandoned for a long time and became the original place of stone for the surrounding cities. In the 12th century, it was still a splendid cultural relic. But soon after that, it turned into ruins.

Palmyra is a rich and elegant city in the Middle Ages. It was located along the trade route and under the control of the Roman Empire. As an important trade route, Palmyra plays a more important role in connecting Persia, India, China, and the Roman Empire. In 634A.D., the first group of Muslims came to Palmyra. In 636 A.D., this city was occupied by Muslim Arabians. After 800 A.D, people began to abandon this ancient city.

The legendary city of El Dorado is thought to have lain near the present-day city of Bogota, Colombia. As legend has it, the King, of El Dorado would pay tribute to a deity that lived in Lake Guatavita by covering himself in gold dust and swimming the lake. The people of El Dorado would throw jewels and gold into the lake as he had his swim. A city of such treasure has sparked the interest of many explorers, including Gonzalo Pizzaro, who led a team of 300 soldiers along with thousands of Indians to search the land for El Dorado only to be met with famine, disease, and death. The city of El Dorado is still yet to be discovered.

This city is buried under the ground due to the disastrous eruption of Mt. Vesuvius. The eruption occurred on August 24, 79 A.D. and lasted for 2 days. The eruption resulted in the collapse of buildings in the city and buried Pompeii under the ash and stones. It disappeared for nearly 1700 years until it was found in 1748. Since then, there are enough detailed materials for us to know the living conditions of the city in the Roman Empire.

Palenque is located near the Usumacinta River of Chiapas in Mexico; Palenque was a city of the ancient Mayan. There were many beautiful architectures, statues, and roof combs there. With its glorious forest and elegant decoration, Palenque became a miracle of Mexico. It was first occupied by foreign forces in 100 B.C. and then gone through a thriving and rich period from 600 to 700 A.D.

Under the reign of Bargarh, it reached the height of grandeur. Bargarh ruled the country from 615 to 683A.D. After the 10th century, most areas of Palenque were abandoned and had not been found by people until the 18th century.

It is located on a sandstone mountain near the middle part of India. It is 90 meters higher than villages. What should be mentioned here is the Sanchi tower. It was discovered by in 1818. The tower was built by Emperor Asoka. The tower body is very solid with a railing made of stone.

Vijayanagar is the capital of one of the biggest empires of India. It was built in 1226. The city had a population of 500,000 and an area of 33 square kilometers, surrounded by several minor fortifications. After 1565, this regime went down because the city was invaded by allied forces. Since then, southern India was conquered by Muslims. The relics are located in a beautiful and strange place, with stones scattered everywhere.

There are numerous lost cities that surround the world which are always talked about mostly because people are interested in how all of these cities came to be lost. One thing is for sure, these cities and mysteries around them will be told as part of stories for years to come.