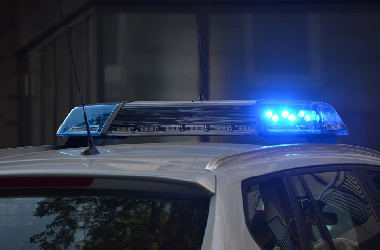 If we must die, let it not be like hogs

Making their mock at our accursèd lot.

If we must die, O let us nobly die…

A police officer’s entitlement to shoot you or me, if he is afraid or in fear of his life, is an arrangement which is honored if you or me, the persons in whose name and employ the police acts- prior to the shooting- is comfortable with it.

The “I was afraid veil” in which the police officer hides whenever voices summon or query his conduct is sufficient defense even if the choice to use force or lesser restraint was not necessary or was provoked by the police.

And this sacred space of immunity in which murder can be done over and over again without variation or  consequences is a shrine where our pious and even heartfelt condolences can be placed but not disturbed unless we are made uncomfortable with the arrangement.

The arrangement in which a police shoots a citizen has to be rare for that bubble of incredulity to be sustained; otherwise, the scandalous prearranged acquittals will not only strain credulity, they put the police in the awkward place of not only enforcing the law but also being above the law. Or, if not in violation of the law, acting at variance with its mandated mission to serve and protect. If the police must kill you or your loved ones to serve and protect them, we are at an impasse. Something has to give.

More troubling is this emerging reality that we should have seen coming from putting thousands more police in our communities and criminalizing every infraction of the law no matter how minor, and that is: more police and citizen interactions which are really aggravating catalysts for power plays. It is as if we are engineering more contacts with the enemy, throw in military weapons, vehicles, training, mindset and attitude, and the police becomes not a protector but a destabilizing force , invariably associated with and the cause of protests and civil unrest.

One can choose to see citizens’ misconduct as the reason for unrest and remedy that by increasing police presence and contact. That is a misunderstanding. But even if the vast majority of a community agrees that a certain misdemeanor misconduct is to be ignored and not be the basis of police and citizen adverse contact, the police cannot unilaterally decide to  ignore the community’s wishes, since the community pays salary and sets policy.

Which is precisely where we are today with respect to our arrangements with our police. It is one thing for the veil in which police guaranteed immunity is ensconced and cannot be convincingly pierced because of insufficient facts to argue otherwise, it is quite another for that veil to be viewed and inference drawn of indecent conduct on the part of the police, not only about what is seen in videos but the certain fate that awaits people who run afoul of the occupying force.

For that is the analysis which predicts the future. The police show up and somebody, the very person the police are sworn to serve and protect, dies. How then can this not qualify as an occupying force? Or is this Community Policing?

This brings the arrangement, our arrangement with the police, into sharp focus. Understandably, the police are in a no-win position, but the arrangement in which one kills the object of one’s affection is ludicrous. It is a policy at odds with the goals of what makes a community or any one of us safe. And over policing a community, even if initially welcome, will backfire.

If a man is thrown into prison, guilty or not, without a way to challenge or channel his rehabilitation, what we are doing is really to tell him, not force him to abandon hope and to relinquish his membership in the social pact to which we are all sworn, obligated and bear obligations to do justice and mercy to each other. Strip a prisoner of this hope and prison breaks become inevitable.

The onus is not on those who are rioting to change or manage their conduct, even as it detracts from their message. Neither is it the prisoner whom we have stripped of hope to not contemplate a prison break.

It is very true that ethics and morals rooted in our explored divinity are powerful antidotes to injustice that command and compel relief, and this is available to anyone no matter one’s circumstances, but this is more about a person’s relationship with his divinity and with himself. Riots and prison breaks are about the continued failures of the State or community to do right and protect each person’s value and dignity.

That is a requirement. Riots and prison breaks are failures to be fixed, not with weaponry or further protecting the veil in which police can cause grief, mourning and loss to protect the interest of the community at the expense of the members of the community.

The problem can be fixed by piercing the veil and making new arrangements that reflect our voices and the visions we embrace of our better selves. Unarmed police walking the beat is preferable to a man lying dead in the street after being stopped for a broken taillight. Let us reimagine our future and our arrangements with each other. We must never agree to be occupied.