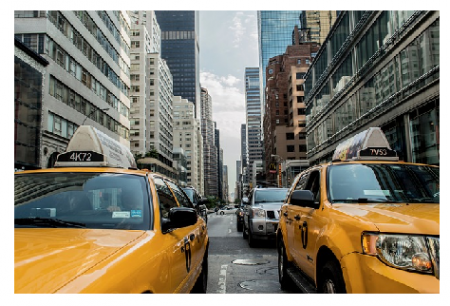 Today, there are more uber cars on New York City streets than the traditional yellow taxis that New Yorkers have become accustomed to over the years.

According to The New York Taxi and Limousine Commission, 14,088 Uber cars were registered compared to 13,587 yellow cabs.

Notwithstanding the shocking New York numbers, statistics released by the company in January reveals that Los Angeles, is the king of urbs, showing the most active Uber drivers, followed by San Francisco, and NYC filling in the third spot.

Uber, which was introduced in 2011, claims that its UberX rides are often the same price – or cheaper – than the average yellow taxi ride.

That said, many users, however, have complained about the extra fees foisted on them by Uber drivers during busy holiday periods.

According to bbc.com, traditional taxi owners and operators have said that the company’s labour model – in which worker’s generally operate as at-will, freelance contractors – is not sustainable.

“Uber having an unlimited number of cars means no drivers – taxi or black car and livery – will earn a decent living,” said Bhairavi Desai, executive director of the New York Taxi Workers Alliance, an advocacy group for drivers of both Uber cars and yellow taxis.

On the other hand, TLC Commissioner Meera Joshi recently said in public testimony that she was concerned that Uber, unlike yellow cabs, does not pay surcharges that fund the MTA and make taxis more handicapped-accessible.

She also said she was concerned that they were adding to the city’s congestion since most Uber trips take place in Manhattan.