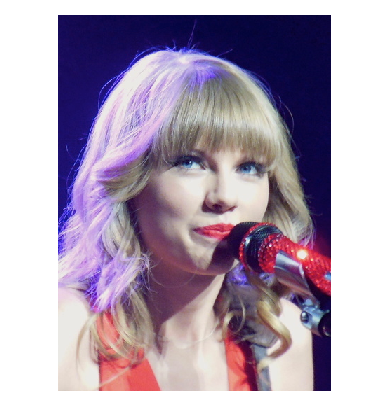 Taylor Swift showed her humility and class by reaching out to a fan who posted a message to her on the popular website tumblr.com, recounting how he was being bullied at school because of his name and body.

Taylor Swift, in a quick and direct response via letter sought to assuage the fear of the fan with her kind, comforting, and encouraging words.

I was really shocked to hear you say that you’d been bullied because of your name because the first thing I thought when I saw it was ‘woah, Caillou is such a cool name’. Honestly. I thought it was so cool because it’s different, and herein lies our issue: you will always be criticized and teased and bullied for things that make you different, but usually those things will be what set you apart. The things that set you apart from the pack, the things that you once thought were your weaknesses will someday become your strengths. So if they say you’re weird or annoying or strange or too this or not enough that, maybe it’s because you threaten them. Maybe you threaten them because you’re not the norm. And if you’re not the norm, give yourself a standing ovation.

Now I want to tell you that I think you look great the way you are. No one has the right to criticize you for how your body looks, but they will. One thing I’ve learned from experiencing this exact kind of criticism is that no one else can label your body except for you. No one gets to have a place in your mind if they weren’t invited there by you. So please do me this one favor: Don’t let their ugly words into your beautiful mind.

And if someone punches you again, call the police and report them because that is assault. I’m serious. There’s no direct penalty for bullying with words (except karma) but no one is allowed to hit you. Ever.

Thanks for telling me your story and for being so strong.
Proud of you, Caillou Pettis.”