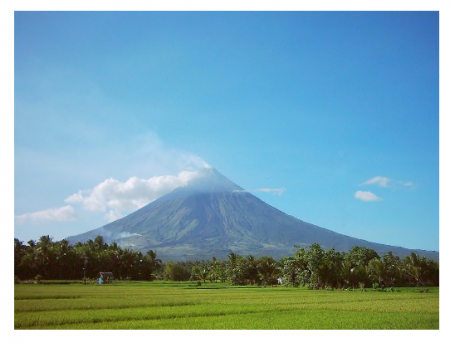 Mount Mayon is no virgin to volcanic eruptions. It has reportedly erupted over 50 times in the past 400 years with its most destructive eruption occurring on February 1, 1814.

This famous or infamous volcano is one of the Philippines’ most active volcanoes. It is a popular tourist site and is known for its near-perfect cone. It is located in the coconut-producing Albay province, about 340 kilometers (210 miles) southeast of Manila.

Over the past few days, billows of smoke from its crater and huge lava fragments rolling down its slopes have forced authorities to evacuate thousands of villagers.

“It’s already erupting, but not explosive,” said Renato Solidum, who heads the government’s volcano monitoring agency. “Currently, the activity is just lava coming down. If there is an explosion, all sides of the volcano are threatened.”

According to volcanologist, Ed Laguerta, huge glowing lava fragments and super-hot boulders rolling down from Mayon’s crater late Tuesday can be seen from as far as 12 kilometers (7 miles) away.

“They are big because they can be seen from afar, and they splinter, so they could be car-sized,” he further said.

The provincial governor Joey Salceda has reportedly said that the government would begin to “fast-track the preparation to evacuate 12,000 families in the 6-8 km, extended danger zone”, and soldiers would enforce the no-go areas.

On May 7, 2013, the volcano suddenly spewed ash, killing five climbers, including three Germans, who had ventured near the summit despite warnings of possible danger.