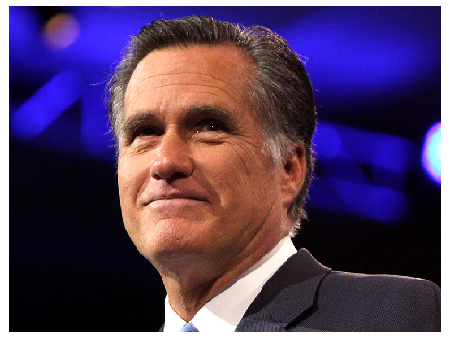 Mitt Romney, the 2012 Republican presidential nominee, is not a happy camper and is in a tizzy as Trump keeps winning states after states in his bid to win the nomination to represent the Republican Party in the national election set for November.

Romney’s gripe is none of the field of candidates so far has been able to give the front runner Donald Trump the knock out from the race that was so widely anticipated by the Republican establishment.

He told Mark Halperin in an interview for Bloomberg Television’s program With All Due Respect that he would support any effort to deny Donald Trump the nomination at the party’s convention in July if Trump doesn’t have enough delegates to win on the first ballot.

“A person like Donald Trump, who has said what he’s said about Muslims, Mexicans, women, George Bush, John McCain, a person like that should not be the nominee of our party or be the president, and I will campaign for an alternative to Donald Trump until that avenue is no longer open,” Romney declared.

Romney also said he might contribute to super-PAC efforts not only to block but stop the front runner Trump.

“I may. That’s something my wife and I will have to decide,” he said.

When asked whom he would rather have as President, Trump, or Clinton? Romney cited the scenario of a choice between the two as “drink the poison or take the bullet.”

“If those are my only two choices I’d vote for a conservative on the ballot — and if there weren’t one that I was comfortable with, I would write in a name,” he said.

“I think there will be a lot of people who would be very troubled with those choices,” Romney said.