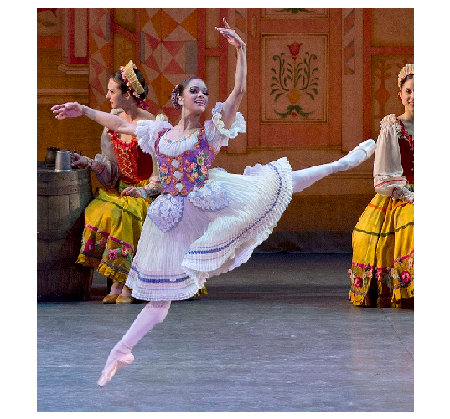 Misty Danielle Copeland, the first African-American classical ballet dancer in American Ballet Theatre history has chalked up another career milestone in making her Broadway debut performance in the revival of “On The Town” last week Tuesday.

Copeland is a dancer for the American Ballet Theatre, one of the three leading classical ballet companies in the United States.

Stylistically, she is considered a classical ballet dancer; however, when she graced the Broadway stage a week ago, it was something new and different for the 32-year-old dancer.

The top ballerina has never sung publicly before an audience in her career and with only two weeks of rehearsal prep work she described the experience as scary.

“Stepping into this theater for the first time — I felt nervous and it’s been a long time since I’ve really felt nervous about performing,” Copeland said. “Having one ‘put-in’ rehearsal with the full cast did not feel like enough before making my debut.”

The newly minted Broadway star has received raved review for her first performance and with her poise, charm, and talent.

There may well be many more different roles to come for Ms. Copeland