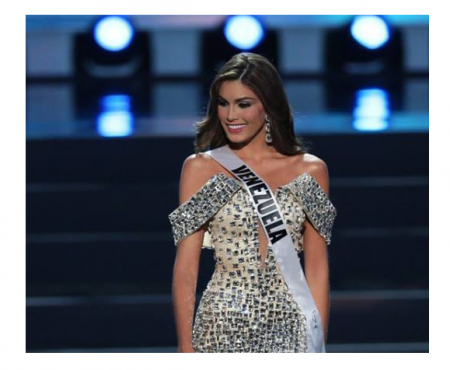 25-year-old Venezuelan, Gabriela Isler, walked away with the Miss Universe crown at a gala event in Moscow’s Crocus City Hall on Saturday night, giving Venezuela the seventh hold on the title.

Isler is a college graduate with a marketing degree, enjoys flamenco dancing and baking when she is not modeling. She is from the town of Maracay, Venezuela, just on the outskirt of Caracas, the country’s capital.

The event was marked by a spectacular evening of entertainment, exhibition of colorful national costumes, and flowing evening gowns.

The show was also seen by a television audience of approximately one billion viewers.