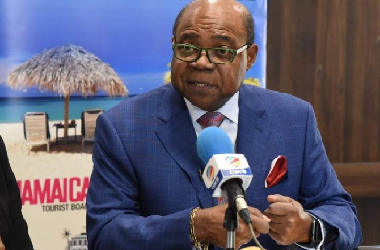 Tourism Minister Edmund Bartlett has said the latest arrival figures have indicated that Jamaica’s tourism sector will end the year in a strong position.

“We’ve done more than 30,000 visitors already for the month of June and we’re only six days [in], so we’re averaging somewhere in the region of four and five thousand persons a day,” he said.

Mr. Bartlett touted the benefits gained by entertainers from the local hotel scene over the last six months.

He said “nearly J$500 million” have been pumped in various sectors, including entertainment, so it has not been all doom and gloom for the sector.

“Jamaican musicians, Jamaican artistes, Jamaican singers, bands and so on, have all become part of this and we made a big thing of it because it’s important, and I sought to get a breakdown of all the hotels and what they’ve actually spent on local entertainment during this period,” he pointed out.

Some members of the local entertainment sector have complained of being treated unfairly with the ban on events.