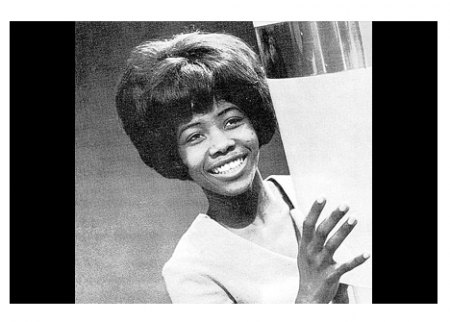 Millicent Dolly May Small, popularly known as Millie Small, was born in the parish of Clarendon in Jamaica on October 6, 1946.

The Jamaican singer-songwriter’s career began when she won the Vere Johns Opportunity Hour talent contest at the Palladium Theatre in Montego Bay, at the tender age of twelve.

She later moved to the capital, Kingston, where she continued her singing career.

In her teens, she recorded her first song titled, “Sugar Plum” as duet with Owen Gray in 1962. She later recorded another song, this time with Roy Panton, titled “We’ll Meet” for Coxsone Dodd‘s Studio One record label. The song became a local hit.

Her songs and vocals caught the attention of Island Records’ Chris Blackwell, then a fledgling producer. Blackwell convinced Dodd that he could launch Millie’s career if she was under his management. Dodd relented and the rest is history.

She soon after travelled to the U.K. where she went into the studios with Chris Blackwell for her fourth recording, her signature version of “My Boy Lollipop,” which she turned into one of the best-selling ska tunes of all time.

According to Press report, the song debuted on both the U.K. Music Week and U.S. Billboard charts, hitting the number two spot in a mere three weeks and making it the first major hit for Island Records.

The song also propelled Millie into instant stardom, making her, according to one source, ‘Jamaica’s first and foremost female superstar.’

Millie, however, was not a one-hit wonder as her subsequent recordings such as “Sweet William” and “Bloodshot Eyes”, both charted in the UK at numbers 30 and 48, respectively.

In the early ’70s, Millie Small moved to Singapore, quit performing and faded away from the limelight.

She was conferred with the Order of Distinction in the rank of Commander (CD) for her contribution to the Jamaican music industry on August 6, 2011.

Now 68 and living in the U.K., she announced plans some time ago to perform in Jamaica for the first time in decades. She also stated then that she had gone back to the studios and been recording again.