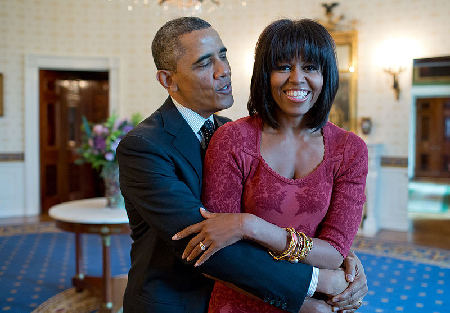 According to a Gallup poll, Former U.S. First Lady Michelle Obama takes the crown for being the most admired woman in the U.S. thus ending the 17-year reign of Hillary Clinton, the ex-presidential candidate, secretary of state and former first lady.

However, Mrs. Clinton is still a force to be reckoned with as she was placed third after talk-show host Oprah Winfrey who took the number two spot.

Former President Barack Obama was named the most admired man for the 11th year in a row while President Donald Trump was placed second for the fourth consecutive year.

The 1,025 adults surveyed were asked to name the man and woman living anywhere in the world whom they admire the most.

According to Gallup the survey was carried out in early December and had a margin of error of plus or minus four percentage points.