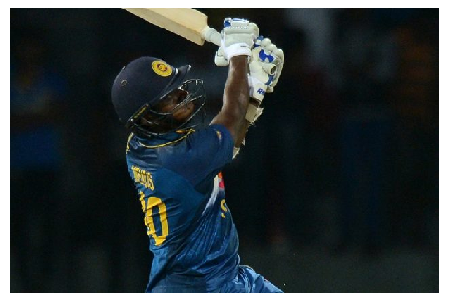 West Indies’ bowlers fought hard to make a match of it, but Sri Lanka held its nerve to cross the line with seven balls remaining in a thrilling truncated first One-Day International at the R Premadasa Stadium in Colombo on Sunday (November 1).

Asked to bat, West Indies rode on a 58-run partnership between Andre Russell (41) and Darren Bravo (38), and a late blitz of 36 off 13 balls from Jason Holder, the captain, to post 159 for 8 after rain forced the match to be reduced to 26 overs-a-side.

Set a revised target of 163, Sri Lanka began superbly, Tillakaratne Dilshan laying the platform with 59 off 32 balls. But West Indies bounced back, reducing Sri Lanka from 104 for 2 to 152 for 9. Ajantha Mendis then smashed a 20-ball 21 not out to take the host to 164 for 9 in 24.5 overs for a one-wicket win via the Duckworth-Lewis method.

Kusal Janith Perera, the wicketkeeper, and Dilshan gave Sri Lanka just the kind of start it would have hoped for as it chased what appeared a straightforward target. Perera set the tone with two boundaries off the first over, sent down by Jerome Taylor.

Thereafter, Perera reined himself in and played second fiddle to Dilshan, who was in rampaging form. Perera contributed just 14 off 16 balls in an opening stand of 46 that came off just 4.5 overs.