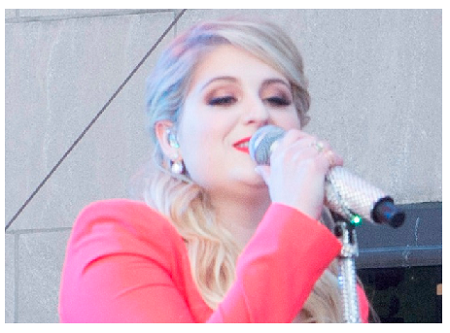 Singer Meghan Trainor has been added to the lineup of the 2016 Billboard Music Awards. The chart-topping, Grammy-winning pop star, known for her single All About The Bass, will deliver a rendition of her new retro-vibe hit NO.

NO is the first single off from her sophomore album Thank You.

As previously announced, Madonna will honour Prince at the ceremony.

This year’s ceremony will air live on ABC at 8 p.m. on Sunday, May 22. The show will be hosted by Ludacris and first-time host Ciara.