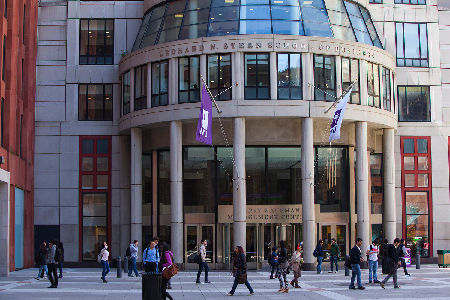 Peter Blair Henry, born in Kingston, Jamaica in 1969, is a renowned scholar in the field of economics.

He is currently the Dean of New York University’s Leonard N. Stern School of Business. Henry is the youngest person to hold the position.

He first joined the NYU Stern Faculty as the William R. Berkley Professor of Economics and Finance after his sojourn at Stanford University, as the Konosuke Matsushita Professor of International Economics, the John and Cynthia Fry Gunn Faculty Scholar, and Associate Director of the Center for Global Business and the Economy at the Stanford University Graduate School of Business.

In addition to his deanship at NYU, he serves on the boards of Citigroup and General Electric. Additionally, he is a board member of the Council on Foreign Relations, the National Bureau of Economic Research, and the Economic Club of New York.

In 2015, Henry was awarded the Foreign Policy Association Medal, the highest honor bestowed by the organization.

Henry is an expert on the global economy and led the external economic advisory group for then-Senator Barack Obama’s presidential campaign in 2008.

Following Obama’s historic presidential election win on November 4, Henry was chosen to lead the Presidential Transition Team’s review of international lending agencies such as the International Monetary Fund (IMF) and the World Bank.

In June 2009, President Obama appointed him to the President’s Commission on White House Fellowships.

Henry’s expertise in the areas of emerging markets and international finance has made him a regular speaker at the IMF and has led him to testify before the United States Senate Committee on Foreign Relations and before various ambassadors to the United Nations. Additionally, he has served as a macroeconomic advisor to the governments of Ghana and Jamaica.

Henry is the author of numerous articles and book chapters, and is best known for a series of publications in the three flagship journals of the American Economic Association that overturn conventional wisdom on the topics of debt relief, international capital flows, and the role of institutions in economic growth: “Debt Relief” Journal of Economic Perspectives (Winter 2006); “Capital Account Liberalization: Theory, Evidence, and Speculation” Journal of Economic Literature (December 2007); “Institutions vs. Policies: A Tale of Two Islands” American Economic Review (May 2009).

His research and teaching have received support from the National Science Foundation’s Early CAREER Development Program (2001-2006). From 2000 to 2001, Henry was a National Fellow at the Hoover Institution.

He received his Ph.D. in economics from the Massachusetts Institute of Technology (MIT) in 1997. While in graduate school, he served as a consultant to the Governors of the Bank of Jamaica and the Eastern Caribbean Central Bank (ECCB).

His research at the ECCB contributed to the intellectual foundation for establishing the first securities exchange in the Eastern Caribbean Currency Area.

Prior to attending MIT, Henry was a Rhodes Scholar at Oxford University where he received a B.A. in mathematics and a Full Blue in basketball.

He also holds a B.A. in economics with distinction and highest honors from the University of North Carolina at Chapel Hill where he was a Morehead Scholar, a National Merit Scholar, a member of Phi Beta Kappa, a Marshall Scholar-Elect, a reserve wide receiver on the varsity football team, and a finalist in the 1991 campus-wide slam-dunk competition.

He lives with his wife and their four sons in New York City.