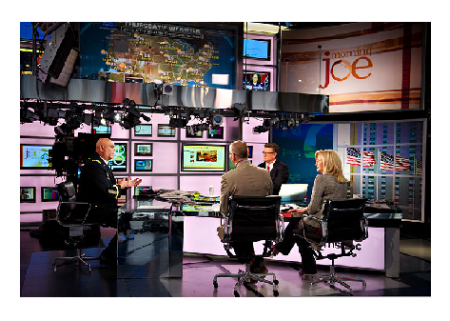 Today, the media in general is described as the fourth Estate – a term originally reserved for the press (Newspapers). It is said that the term was first coined by Edmund Burke (1729-1797), a British politician, as noted by Thomas Carlyle in his book, “Heros and Hero Worship in History.”

Burke said that there were three Estates in Parliament, but in the Reporters’ Gallery yonder, there sat a fourth Estate more important far than they all.

In Britain, at the time, Burke would have been making reference to the traditional three estates of Parliament: The Lords Spiritual – clergy, the Lords Temporal – nobles and the House of Commons.

The elevation of the media to such a lofty position was no doubt based on the role, influence, and power it wielded back then – a position that it still holds and enjoys today.

The major difference is the magnitude of its reach and impact are far greater now than in the past. The reason for this is the plethora of new media channels that have now been introduced to the marketplace due to developments in new technology.

Now, this takes me to the talk show programs in general and one in particular that is currently aired on MSNBC called, Morning Joe. The show is cast in a panel discussion format and boasts a line up of popular guests and contributors. Personally, I have found the show to be informative, insightful, and entertaining most of the times when I have had the opportunity to watch.

On this one occasion, I was taken aback by the outrage and rancor against President Barack Obama and his White House administration by Joe Scarborough, a former Republican Congressman, now talk show host-in-chief.

The brouhaha in Washington over the Benghazi affairs, IRS indiscretion, and AP leaks seemed to have irked and riled the former congress man to the extent that he was willing to make the call of linking these events to the Watergate scandal under the former disgraced President Nixon’s administration.

The frightening thing about this, however, is that the other co-hosts seemed not only muted but also neutered by Scarborough’s outburst. Moreover, the invited media pundits on the show for the most part seemed to echo the same line – the cache of events is, Nixonian like!

Of course, one is not here saying that the Obama’s administration handled these events properly but to make any attempt to link them to the Watergate scandal is in of itself scandalous and a huge leap.

Scarborough, more often than not sings from the Republican song book, and although to the undiscerning viewer he may appear to be unbiased, any in depth analysis of the show will reveal that he pushes an anti Obama agenda albeit discreetly.

One understands the foolish calls and statements by leaders of the Republican Party for impeachment of the president, the jailing of IRS employee, White House administration cover ups and Obama Watergate – that is politicking, but what accounts for journalists joining in on that chorus?

Now, after further investigation and revelation on all three issues by the White House the talking points have suddenly changed and now people are left asking whether or not there is a personal axe to grind by some of these media hacks.

In fact, given the inner working of the fourth estate, the media as we know it, there are many talk show hosts and reporters who want to earn their stripe, build reputation, or gain notoriety on the back of this White House.

Therefore, I wouldn’t be surprised if some journalists egos aren’t being bruised by the refusal of the president to appear on their shows or to grant them access to the corridors of power. This I surmised could be the reason for their angst and bile against the president and his administration.

At the same time, let me hasten to say, the president and his administration are not beyond criticism. However, journalists should deal with evidence and facts.

Without this, commenting authoritatively on a subject and berating the current administration is nothing but speculation and in the case of the Morning Joe show – a morning blow!