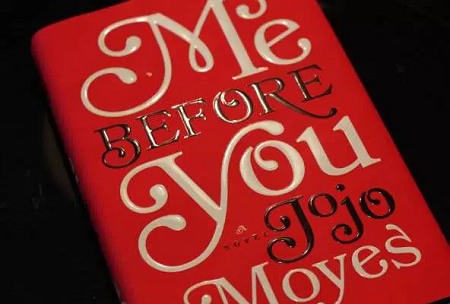 This is a romantic novel written by Jojo Moyes, a 46-year-old English journalist. The book explores the dark inner recesses of the human soul as well as the goodness, kindness, and passion of the heart.

The story contrasts the lifestyle of a struggling working class family and that of one which is wealthy.

The plot begins after twenty-six-year-old Louisa Clark is laid off her job at the local cafe.

Louisa is characterized as unqualified, unambitious, and lacking the self-esteem and drive of her younger sister, Treena, an outgoing single mother.

After being unemployed for a period of time, Louisa finally drags herself to the Job Centre where, after several failed attempts, is offered a job opportunity to take care of a 35-year-old quadriplegic named Will Traynor.

He was a successful, wealthy, and once-active young man who was left paralyzed from a motorcycle accident two years earlier.

Reluctantly, Louisa accepts the job as she needed to help take care of her family.

Before the motorcycle accident, Will lived high and large. He had everything at his beck and call. He had wealthy family connections, a top financial job in London, a gorgeous and beautiful girlfriend, a jet-setter, flying all around the world for holidays.

On the other hand, Louisa and her family were struggling to put food on their table.

Louisa meets Nathan, who is responsible for Will’s physical care, and Will’s father, Steven, a friendly upper-class businessman whose marriage to Camilla is shaky at best.

Louisa has the unenviable task of cheering and brightening up Will’s spirit.

Will, now strapped in a wheelchair overtime had become jealous, bitter, enraged, sarcastic, non-communicative, and had lost the will to live.

The twist and turn of how the relationship ensued between Will and Louisa are thrilling and fascinating.

The book has had rave reviews from critics and netizens alike ever since it hit the shelves. Some of which include the following:

“Me Before You” is a page-turner that sucks the reader into caring about the fate of the heroine.”

“Me before You is one of the saddest books I have ever read I cried until my head ached and now a week later I still cannot mention it without filling up It’s so true to life in this age as there are so many men and women in the same situation. I kept wanting the end to be different, but I suppose it was the only way the book could end. It’s a must read book. Well done Jojo for writing about such a controversial subject with so much feeling.”

“When I finished this novel, I didn’t want to review it; I wanted to reread it.”

“Me Before You is a heartbreaker in the best sense. A story that would seem inevitably to rely on contrivance and cheap sentiment steers clear of both, employing instead emotional truth to bring a reader to tears.”