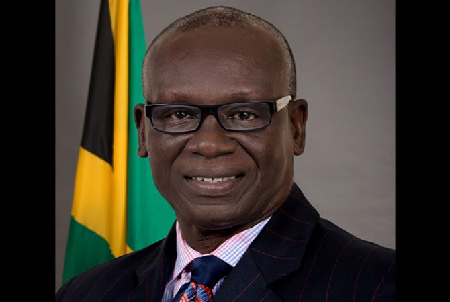 Minister of Local Government and Community Development, Hon. Desmond McKenzie, says the Government will exercise provisions of the Disaster Risk Management Act, in the interest of public safety.

The Act is intended to empower designated personnel, known as Authorized Officers, to take certain action in areas declared vulnerable or disaster zones.

Speaking at the recent launch of the Office of Disaster Preparedness and Emergency Management (ODPEM) Earthquake and Tsunami Awareness campaign, in Kingston, Mr. McKenzie urged greater urgency by the public in responding to directives by the Government in response to natural disasters.

“I wish to draw attention to Sections 26 and 27 which deal with the declaration of disaster areas and the powers to evacuate persons. We continue to struggle with the reality of persons who refuse to heed the call to move when emergencies arise. I wish to emphasize that the Government will not hesitate to use the powers given under the Act to do what is necessary to preserve and protect human life as a first priority,” the Minister emphasized.

He noted that Jamaica’s geographical location along the northern margin of the Caribbean Plate and the presence of active faults on the island make the country vulnerable to earthquakes. These earthquakes, depending on the magnitude and location, may result in tsunamis.

Mr. McKenzie said it is against this background that the Government is working to make Jamaicans more aware of the island’s vulnerability to these natural phenomena and the importance of compliance with the authorities when responding to these events.

“This campaign comes at a time when the country needs to understand what disaster awareness and preparation is all about. It is not just in the Government’s interest, but in all our personal interest that as a country, we develop an appreciation and understand the dangers of natural disasters,” he said.

The Minister urged the ODPEM and parish disaster committees and disaster coordinators across the country to educate members of the public of their obligations under the Disaster Risk Management Act.

The Government is reviewing Regulations accompanying the Disaster Risk Management Act, which was passed in Parliament in 2015.

Mr. McKenzie said the review is being done to strengthen the provisions and make the legislation more effective, particularly in relation to compulsory evacuations from areas deemed vulnerable to severe weather, such as hurricanes and tropical storms.