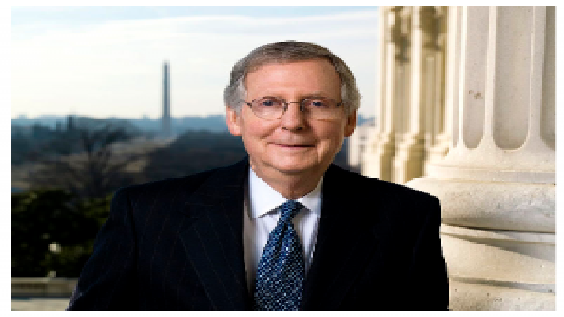 “No court in the country would allow a member of the jury to also serve as the accused’s defense attorney.

Senate Majority Leader Mitch McConnell on Friday faced calls to recuse himself from President Donald Trump’s expected impeachment trial less than 24 hours after the Kentucky Republican said: “there’s no chance the president’s going to be removed from office.”

Karen Hobert Flynn, president of the progressive watchdog group Common Cause, said McConnell’s remarks during a Fox News interview Thursday night “show that he is not suited to lead the Senate impeachment trial.”

“Senator McConnell has promised to sabotage that trial and he must recuse himself.”
—Rep. Val Demings

“No judge would allow any potential juror who made similar comments about coordinating with a defendant’s attorneys, as well as pre-announcing one’s decision, to serve on a jury,” Flynn said in a statement. “Senator McConnell must, therefore, recuse himself in the expected Senate impeachment trial.”

“The Constitution requires that after articles of impeachment pass the House of Representatives, the president must be given a fair trial in the Senate,” Demings said in a statement. “Senator McConnell has promised to sabotage that trial and he must recuse himself. No court in the country would allow a member of the jury to also serve as the accused’s defense attorney.”

“The moment Senator McConnell takes the oath of impartiality required by the Constitution, he will be in violation of that oath,” added Demings. “He has effectively promised to let President Trump manage his own impeachment trial. The Senator must withdraw.”

McConnell told Fox Thursday night that “there will be no difference between the president’s position and our position as to how to handle” the Senate trial if House Democrats vote to impeach Trump.

On Friday morning, the House Judiciary Committee voted to send two articles of impeachment against Trump to the House floor. A vote on the articles is expected as early as next week.

McConnell said he plans to complete the likely Senate impeachment trial “in a fairly short period of time in total coordination with the White House counsel’s office and the people who are representing the president.”

Rep. Pramila Jayapal (D-Wash.) told reporters Friday that “Mitch McConnell should be ashamed of himself.”

“I think every American should call their U.S. senator and tell them that it is absolutely outrageous that the foreman of the jury, the chief juror, the person who determines the rules for the trial in the Senate, would be coordinating with the defendant,” said Jayapal.