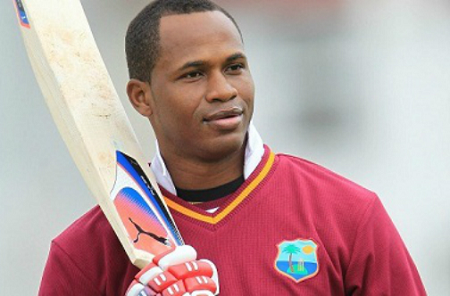 Jamaica and West Indies middle-order batsman Marlon Samuels will not be in the lineup when the Windies face Pakistan in the 3-match Test series which starts on Friday at Sabina Park.

Samuels, however, is not taking his non-selection shutting up but has once again voiced his strong disapproval of the current West Indies Cricket Board selection policy.

Samuels in an interview, when asked about being left out of the Test squad said this, “Nobody can leave out the icon, icon on a break. I say that last year, I’m gonna take a break from Test cricket cause I really don’t like what’s going on, but nevertheless, I am on a break and am enjoying my break, spending some quality time with the family.”

Samuels has in the past complained about the Windies selection policy which requires that players make themselves available for selection in the regional competition.

He once again maintained his call for compromise.

“The system needs to be changed, but apparently they are talking right now and just that you can’t ask a guy to play 10 first class games when somebody offers him some good money, you have to compromise, let him go and take half…,” Samuels argued.

He also posited the view that if Windies selectors are not prepared to compromise players will leave to play in leagues overseas.

Furthermore, he noted that rather than playing for chump change in the regional competition, one would rather play in the many leagues overseas, earning mega bucks.

Samuels added that his focus will be on Twenty20 games as that’s all he is qualified to play for the remainder of the year.