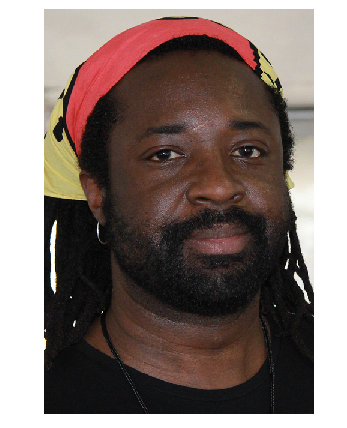 Jamaican writer Marlon James will be seeking to follow up his novel titled, A Brief History of Seven Killings with another thriller.

The Booker Prize winner will be holding no punches, yet alone taking any prisoner as the execution of his next kick arse novel will see him exploring the fantasy world.

In an interview with Man of the World magazine, the author said he’s going to “geek the fuck out” and create his own fantasy series, kicking off with a book of Thrones.”

“I realized how sick and tired I was of arguing about whether there should be called Black Leopard, Red Wolf, which he describes as “an African Game a black hobbit in Lord of the Rings. African folklore is just as rich, and just as perverse as that shit. We have witches, we have demons, we have goblins, and mad kings. We have stories of royal succession that would put Wolf Hall to shame. We beat the Tudors two times over,” he told the magazine.

Look out, James is not using the word geek lightly; this thing is going to be seriously nerdy. “One hundred pages describing a village? Hell yeah,” he promises.

“A big appendix on magic techniques? Of course I’m gonna do it. Two hundred pages on a mysterious dwarf race that lives underground? Fuck yes.”

The fantasy world will not be same after James unleashed his new monster on the book reading public.