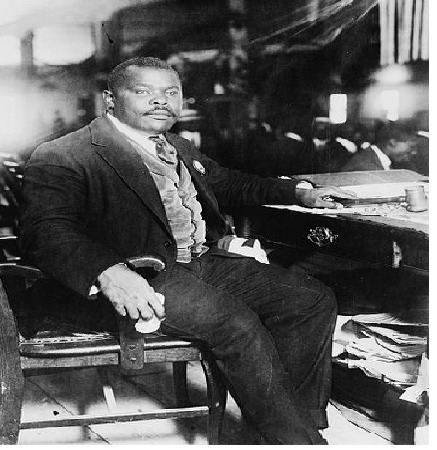 The Principles of the Universal Negro Improvement Association Be It Resolved, That the Negro people of the world, through their chosen representatives in convention assembled in Liberty Hall, in the City of New York and United States of America, from August 1 to August 31, in the year of Our Lord one thousand nine hundred and twenty, protest against the wrongs and injustices they are suffering at the hands of their white brethren, and state what they deem their fair and just rights, as well as the treatment they propose to demand of all men in the future.

We are not willingly accepted as guests in the public hotels and inns of the world for no other reason than our race and color.

Our children are forced to attend inferior separate schools for shorter terms than white children, and the public school funds are unequally divided between the white and colored schools.

In order to encourage our race all over the world and to stimulate it to overcome the handicaps and difficulties surrounding it, and to push forward to a higher and grander destiny, we demand and insist on the following Declaration of Rights:

These rights we believe to be justly ours and proper for the protection of the Negro race at large, and because of this belief we, on behalf of the four hundred million Negroes of the world, do pledge herein the sacred blood of the race in defense, and we hereby subscribe our names as a guarantee of the truthfulness and faithfulness hereof, in the presence of Almighty God, on this 13th day of August, in the year of our Lord one thousand nine hundred and twenty.