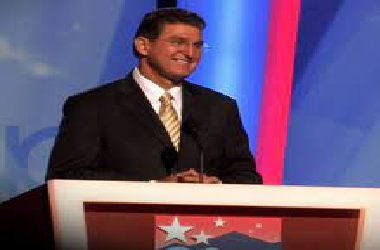 After several months of trying to appease Sens. Joe Manchin and Krysten Sinema, two centrist Democrats who have been skeptical of the President’s $3.5 trillion economic plan, Manchin has finally shown his hand.

This move comes on the back of several meetings, modifications, revisions, and machinations of the Build Back Better plan.

Many Democrats have long expressed their frustrations with Manchin and Sinema for their lack of support for Biden’s signature Bill.

However, Manchin put a halting stop to any further bill discussions when he announced at the beginning of the week that he would not vote for President Biden’s social spending package.

“I cannot vote to continue with this piece of legislation, I just can’t. I tried everything humanly possible, I can’t get there,” Manchin said in a television interview.

This decisive move by Manchin comes after months of wrangling among lawmakers to get his crucial vote in a Senate that is split 50-50.

This has prompted a call from Sen. Bernie Sanders (I-Vt.), one of the chief proponents of the Build Back Better Plan for the Senate, to take a vote on the bill regardless of where Manchin stands.

“I think he’s gonna have a lot of explaining to do to the people of West Virginia,” Sanders told CNN’s Jake Tapper on “State of the Union.”

He said that Manchin “doesn’t have the guts to stand up to powerful special interests.”

“We’ve been dealing with Mr. Manchin for month after month after month. But if he doesn’t have the courage to do the right thing for the working families of West Virginia and America, let him vote no in front of the whole world,” Sanders further explained.

Additionally, it encouraged the adoption of green energy and the construction of energy-efficient, weather-resilient infrastructure through tax credits and other incentives.

However, with Manchin opting out of a yes vote for the bill, it is basically dead, and now Democrats would have to go back to the drawing board.