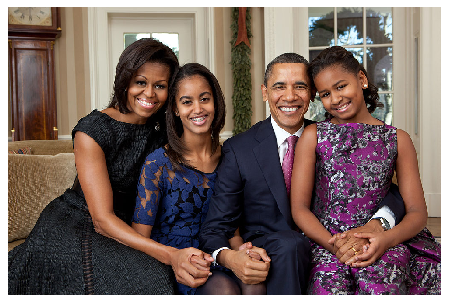 In a press release from the White House, the President and Mrs. Obama announced that their daughter Malia will attend Harvard University in the fall of 2017 as a member of the Class of 2021.

However, Malia will take a gap year before beginning school.

The high-school senior, who turns 18 on the Fourth of July, had reportedly been spotted wearing a Harvard Class of 2020 shirt at her school’s “college signing day.”

The Daily Mail reported that she had toured five other Ivy League schools in addition to the Harvard campus in Cambridge, Mass., and film studies at New York University had also been mentioned in connection with the first daughter.

President Obama earned a law degree at Harvard after receiving a bachelor’s from Columbia University in New York.

On the other hand, Michelle Obama is a Princeton alumna and is also a Harvard Law graduate.

Malia Obama is set to graduate this spring from Sidwell Friends School in Washington and previously attended the University of Chicago Laboratory Schools.

The president and first lady were both employed at the University of Chicago before entering public service.

Malia Obama’s younger sister, Sasha, is 14 and also a student at Sidwell Friends.