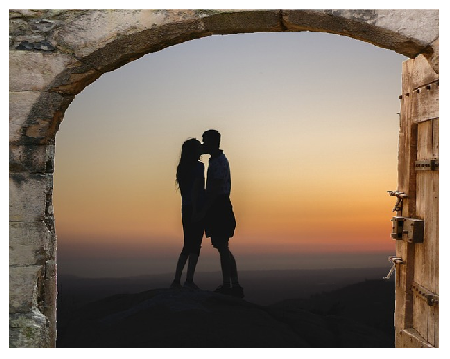 The Renewal And Fresh Outlook

There had been so much going on in Sasha’s life that she didn’t even notice the years going by.  Every year something bad seemed to happen which drove her to a dark and lonely place.

It has been three years since she married the love of her life, and today was their anniversary. He was such a good man to her even in her darkest times.  She was unkind and mean to him most of the days, but that didn’t stop him from showing her how much she meant to him.

He consoled her whenever she was sad and did everything he could to put a smile on her face.  His love overwhelmed her so much so she was forced to come out of the dark place she was trapped in. His love made her whole and strong. She was finally ready to move forward and finally accepted the fact that the death of her mother was no fault of hers.

He also realized that it was time for her to be there for her daughter. She needed to see a strong woman who can handle just about anything. Her daughter was growing pretty fast, too. She was now in high school and already talking about boys. It almost felt like she had been in a coma for years because she couldn’t seem to remember when she grew up. It seemed like only yesterday that she gave birth to Chrystal.

By the time Sasha was ready to go back to work, her previous position was taken by another employee. The “alone” time in the days caused her to reflect on her life. One day, she decided it was time to make a change and get her life back on track. Her experiences inspired her to start a blog where she shared her struggles as a woman and how she overcame each one.

The blog was doing great. It was an outlet for her to share her experiences and most importantly gave her the income she desired. As she sat around the computer creating her newest post on How to Keep a Relationship Alive, it dawned on her that she wasn’t living by her own words. She hadn’t been as fun as she had been advising others, and she needed to change that. She had only a couple of hours to come up with an idea for their anniversary before Abe got home.

Dinner reservation was set for 8:00, and Abe was totally shocked when she announced the surprise.

“You look amazing,” he interrupted. He couldn’t help but notice how great she looked in figure hugging red dress.

All that wine drinking definitely put them in the mood as Sasha was nibbling on his ears and kissing on his neck the entire drive home. As soon as he opened the front door, she began to come out of her dress. She took his hand and led him to their Jacuzzi where they made love.