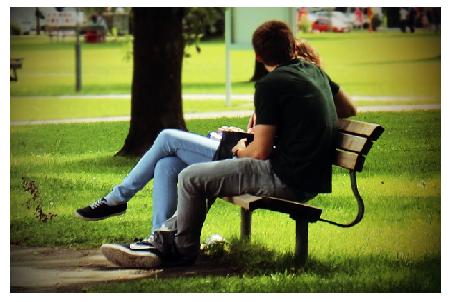 . She should have been used to the loneliness by now, but Sasha was struggling with it. People have been in and out of her life for as long as she could remember. With each face she was forced to forget her heart got colder and colder.

It had been raining all morning. As she sat there watching the rain fall on her glass window, the tears began to fall from her face. She wished Abe would have been there to embrace her and to make her feel warm again.

He had been doing such a good job taking care of her during her hard times, and she was so thankful to have him in her life. He had been working extra hours ever since they came back from their dreadful honeymoon because she wasn’t able to go back and function in the work world just yet.

It had only been 3 months since the funeral. Coming to terms with the fact that her mother was no longer alive was one of the hardest thing for her to do.

She was crushed and broken. She had cried for weeks before she could go a day without shedding a tear. She felt like her the whole world was crashing down. She figured she could keep strop by not talking about it, but in fact it was quite the opposite. She was hurting inside.

This was the trend every morning. Her therapist even advised that she started going back to doing the things she would do like working, going shopping, cleaning, but she couldn’t. Every time her mother’s face in the casket flashed in her mind, she felt all the guilt and pain all over again, and it just broke her further and further each time.

Abe was strong for her. He knew his wife was going through a lot and was able to put his needs aside to tend to hers. As soon as he was finished with his 12 hour shift daily, he rushed home to cook for his wife and give her a back rub. He had been working extra hours to be able to help with the bills. He was now the sole earner in the household ever since his wife’s mother died and felt that it was only right that he took care of as long as she needed the help.

“Hi Honey! How are you doing today?” he asked with sincerity.

“Well, I love you and it’s going to get better soon.” He replied putting his arms around her.

In less than an hour dinner was prepared. He set the table up nicely and lit a few candles to set the mood. He could tell something was bothering her by the look on her face.

“What’s wrong?” he asked her. Her eyes became glossy, and it almost looked like she wanted to cry.

“Hold me, please,” she stuttered as the tears fell down her face.