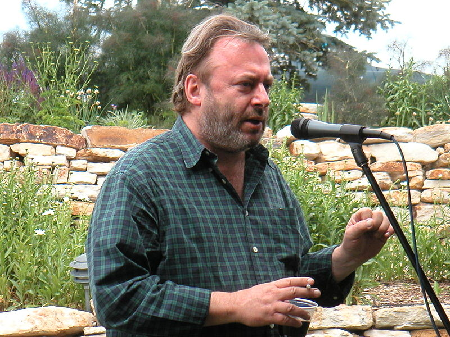 Noted theologian and scholar Rev, Dr. Clinton Chisholm, in an article in jamaicagleaner.com titled, Christopher Hitchens: An Intellectual Post-Mortem? provides some useful insights into the life and times of Hitchens in his reflection on a book written by Larry Taunton, a friend of Hitchens.

The book Faith of Christopher Hitchens: The Restless Soul of the World’s Most Notorious Atheist, 2016, by Larry Taunton, is a sensitive, respectful, and riveting reflection on aspects of the life of an outspoken critic of Christianity and its God by a personal friend who happens to be a self-confessed Evangelical Christian.

To the horror of the followers of Hitchens and the consternation of not a few evangelical Christians in the USA, Taunton, founder of the Christian organization called Fixed Point Foundation (FPF), and Christopher Hitchens were close personal friends. FPF specializes in producing recorded debates between Christians and skeptics, atheists, agnostics especially, and did several with Hitchens.

I was amazed to read that Hitchens and Taunton went on a few long road trips in the USA before and after Hitchens’ diagnosis of esophageal cancer, and at Hitchens’ insistence, too! But get this: On one such trip after the diagnosis, both men engaged in a Bible study of John’s gospel.