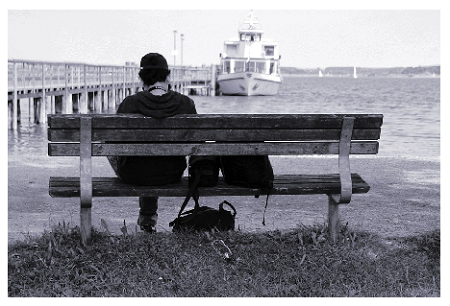 I have nobody for my own

I am so lonely, I’m Mr. Lonely

Wish I had someone to call on the phone

Away from home through no wish of my own

I wish that I could go back home

Humans are gregarious animals and were never meant to be alone; therefore, the harmful effects that loneliness has especially on older adults cannot be discounted. The fact is it has been known for decades that loneliness kills, but the exact reason has never been identified.

Now, University of Chicago psychologist and leading loneliness expert John Cacioppo and colleagues according to a examiner.com report are the first to identify a physiological process associated with loneliness that produces premature death in lonely adults.

The discovery was recently reported in an edition of the journal Proceedings of the National Academy of Sciences.

The report noted that the production of the immature monocytes was accelerated by the lack of companionship in lonely people. The results are that lonely people are more likely to contract a disease and die from the disease because their immune system is compromised.

It stated that the leucocytes of lonely adults also demonstrate the same behavior in promoting diseases in a pattern called conserved transcriptional response to adversity by the researchers.

Furthermore, it noted that the higher levels of the fight-or-flight neurotransmitter norepinephrine were also an indicator of loneliness and produce the gene activity that makes lonely older people more likely to die from disease.

The researchers suggest a potential drug therapy to reduce norepinephrine or simply having someone care about a lonely person.

The conserved transcriptional response to adversity may be an evolutionary adaptation that eliminates an individual that is not a productive social member of society either through choice or circumstance.

As medical science has caused people to live longer the instance of loneliness has increased.