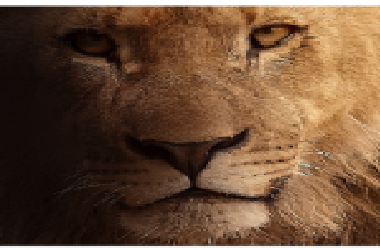 It just “burns me” — a Jamaican official has investigated the circumstances under which a lion in a zoo, for which she bears much responsibility for its deficiency, manhandled a man.

Along with her belated and in hindsight recommendations to improve the lion’s woeful living quarters, the official has publicly admonished the man who mishandled the lion and is poorer for it, “not to put his hand near a lion’s mouth, unless the lion is sleeping”.

“Extraordinary and erudite gems of wisdom?”

Here is a clear and underwhelming response of incompetence masquerading, parading, and feigning concerns while the cameras roll, thank you very much-   and all for a misadventure that – if the officials tasked with the responsibility had done their jobs there would be no drama or trauma.

Instead, the very officials who are suddenly discovering regulatory breaches, inadequate oversights, and permits violation that should not have escaped attention, to begin with, are now fountains of wisdom and riding at the head of the calvary conspicuously of course to close the barn door that they left ajar. Unbelievable!

Unfortunately, but unsurprisingly, the Jamaican Public almost to a man ‘pee-pee cluck cluck’ is blaming the emasculated man who sought to improve his self-image at the lion’s expense. That’s cold and counterproductive.

The issue here folks is not whether the man who reached out to the lion is an ass or a jackass It’s about the incoherence of our brightest and best whose jobs it is to formulate and execute policy that allowed this buffoonery of a zoo to skate by as a safe and secure attraction which as the spotlight shows, it clearly is not. It is about the officials and operators of the zoo who cannot and should not escape legal jeopardy, for their fidelity to due diligence and duty of care is only for appearances. It is only for show. They take the Jamaican Public for fools.

It is one thing to chide the man for not being the sharpest tool in the shed.

It begs credulity that the persons charged with articulating and enforcing minimum standards, which were long in the breach and known, can get to sermonize and lecture the man who was bitten by the lion about what not to do.

Has it escaped these highly paid Public Servants and the public to whom they are accountable that if they had done their jobs, the man and the lion could not have improvised nor hijacked the protocol and put both lion and guests at risk?

They should be fired. I hope the man who brought this drama to light sues the people who were asleep a the wheel.