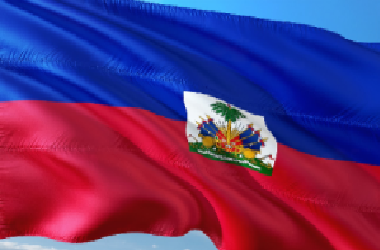 In a telling editorial dated Sunday, December 22, 2013, on the website, Jamaicaobserver.com entitled, “Spare a thought for Haiti this Christmas,” the editorial called attention to the great divide between the haves and the have nots by highlighting some of the issues that continue to plague Haiti, a poor Caribbean nation-state.

According to the editorial, three-quarters of the population live on less than US$2 a day, before the earthquake in January 2010 3.8 million Haitians were undernourished and 40 percent of all children suffered from chronic malnutrition.

Citing figures from Oxfam International, the editorial noted that the earthquake which devastated the country in January 2010, killed 250,000 people and injured another 300,000. It also highlighted the fact that today, 360,000 Haitians are still displaced and surviving in 496 tent camps across the country, based on data shown from the International Organization of Migration. In addition, most people are reported to have one meal per day which for the most part is unbalanced.

Continuing, the editorial pointed to the fact that Hurricane Sandy which occurred on November 12th was a huge set back for the country as it hampered the recovery efforts from the earthquake.

The Editorial also noted that the Haitians’ plight was further compounded by the heartless and despicable actions of the government of the Dominican Republic where the constitutional court ruled that children of undocumented Haitian migrants, even those born on Dominican soil were no longer entitled to citizenship.

In addition, it reminded one not to forget or exonerate the rest of the world, which following the earthquake, announced pledges amounting to US$9.5 billion in relief and recovery aid. However, only about US$6 billion of that money have been disbursed as at the end of September 2013.

Moreover, it chided international institutions for their callous attitude towards the country by pointing to the refusal of the United Nations to accept blame for Haiti’s cholera epidemic which left 7,750 people dead and 75,000 treated for the infection.

Finally, the editorial drew attention to the fact that from a study by the Centre for Global Development most of the aid money disbursed was spent on the staff of the same agencies and organizations providing the aid. It also underscored the fact that one-third of the humanitarian funding for Haiti was actually returned to governments of donor countries to reimburse them for their civil and military work. Less than 10 percent went to the government of Haiti, and less than 1 percent went to Haitian organizations and businesses.