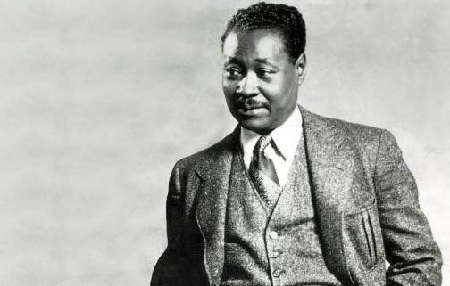 If we must die—let it not be like hogs

Making their mock at our accursed lot.

If we must die—oh, let us nobly die,

So that our precious blood may not be shed

In vain; then even the monsters we defy

Shall be constrained to honor us though dead!

Oh, Kinsmen! We must meet the common foe;

Though far outnumbered, let us show us brave,

And for their thousand blows deal one deathblow!

What though before us lies the open grave?

Pressed to the wall, dying, but fighting back!

If We Must Die — Claude McKay

He was a seminal figure in the Harlem Renaissance. He wrote four novels namely: Home to Harlem (1928), a best-seller that won the Harmon Gold Award for Literature, Banjo (1929), Banana Bottom (1933), and in 1941 a manuscript called Amiable With Big Teeth: A Novel of the Love Affair Between the Communists and the Poor Black Sheep of Harlem which remained unpublished until 2017.

His 1922 poetry collection, Harlem Shadows, was among the first books published during the Harlem Renaissance.

His Selected Poems was published posthumously, in 1953.

The foregoing poem, titled, If We Must Die, was written by McKay at a time when there was huge social and political upheaval in the U.S. as well as a period of intense racial violence against black people, dubbed the Red Summer.

During the summer of 1919, race riots spread through multiple cities, both in the North and South. Racial tensions heightened and African Americans fought against the injustices meted out them.

McKay later went to England where he became involved in the communist political movement. He spent some time in Russia before returning to the United States.

He espoused the communist ideology but later became disillusioned and converted to Catholicism.