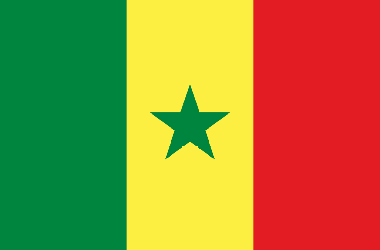 Africa unite:
‘Cause we’re moving right out of Babylon,
And we’re going to our Father’s land, yea-ea — Bob Marley

It is said that life begins in Africa!

Now, one cannot think of Africa without among other things conjure up images of rhythms of drums, music, dancing, sunshine, vibrant colors, the sound and the beauty of nature, cheerfulness and friendliness of its people, often times in trying circumstances.

The truth is Africa is the one of the largest continents on earth, and one of the richest, given its abundant resources.

In fact, many people make the mistake of thinking that Africa is a country by failing to recognize that there are 53 countries that make up the African continent.

Africa has an estimated population of more than 933,000,000 people and with that there are important diversities and fundamental cultural similarities across Africa, as obtained in any other continent.

One of the countries in Africa that is regarded as the crown jewels of the continent is Senegal.

It is located in sub-Saharan West Africa and is known as the “Gateway to Africa.” It remained a colony of France until 1960 when it gained its independence.

Senegal is blessed with great ecology and this lends to a wide variety of plant and animal life.

Its capital Dakar is strategically located on Cape Verde Peninsula along the Atlantic shore. This metropolis is a popular tourist destination and is not only the seat of government, but also the economic and cultural center for West Africa in general.

Instability in neighboring country, Mali, Ebola outbreak, and the high cost of travelling have all contributed to the decline in tourists travel to Senegal.

However, Senegal has a lot to offer visitors who are willing to make the trip to one of the most peaceful places in Africa.

Tourist attractions include the following:

Saint-Louis — an old colonial town seated near the mouth of the Senegal River. It was the original capital of Senegal before its removal to Dakar. The city has kept much of its 19th century structure intact. The city’s distinctive appearance, numerous sites of attraction, and its international music festivals and cultural exhibitions are attractions that one cannot afford to ignore on any visit to the country.

Gorée — is a famous destination for people interested in the Atlantic slave trade, but truth be told only a relatively few slaves were processed or transported from this town. It was a minor port and site of European settlement along the coast.

Saly — this is a resort town located on a sandy beach lined with coconut palm trees. It maintains a steady arrival of tourists who come to enjoy the beaches, entertainment, and food that the town has to offer.

Apart from the resorts areas Senegal also offers wildlife and nature tours of areas  like the Sine-Saloum Delta, the Grande Côte (north of Dakar), the Lac Rose, and Senegal River delta in the north (near Saint-Louis).

There are also historical colonial architectures, museums, and monuments of all sorts that are major draw for visitors.