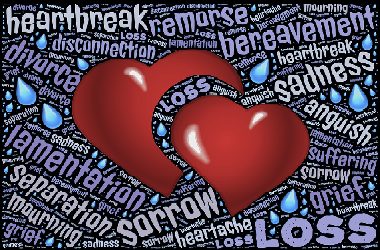 A recent Jamaica Gleaner editorial titled, Cricket and Caribbean Society, has pointed to the dire situation in which West Indies cricket has found itself.

It noted that “West Indies cricket has been in a crisis for more than a quarter of a century.”

Moreover, it noted that the decline of West Indies cricket reflects not only what is happening to the sports itself, but also what obtains in the wider Caribbean society.

Furthermore, it highlighted a rather damming statistics which makes the situation even more pronounced.

“From 2009/2010 to present, of the 42 Test series the West Indies played, they won only nine and drew six. They lost 27 or 64 per cent of them. During the period, they were involved in 102 Test matches, of which they won 16, or 15.7 per cent. In terms of ODIs, they played 47 series with other nations and won nine. These series involved 162 matches of which the West Indies won 27, or approximately 17 per cent. Over the same period, the regional team played 52 T20 series, of which they won 17 or 33 per cent. They drew seven of these series. Of the 105 matches in those country-on-country competitions, they won 28, or 27 per cent. They also won two T20 World Cup competitions.”

The editorial added that the team’s performance in the shorter format of the game lends to “the current state of Caribbean society, with its embrace of instant gratification, a receding of considered and thoughtful action and low levels of trust and cooperation, and perhaps, too, the death, or retreat, of ideology.”

It also argued that a socio-cultural and political analysis and perspective of the happenings between the 1970s and 80s would help to contextualize the teams of the past compared to now.

“The 1950s and into the ’60s was the confluence of the Three Ws and Sobers and Hall and the nationalism of the independence movement. George Headley, in 1930, was coincidental with the rise of trade unionism and the labor movement of that era,” it also argued.

Moreover, it noted that several factors must be considered if there is going to be a fix to the current problem.

“If there is indeed causation between these factors and the quality of regional cricket, its fixing may demand more than fixing fields better, paying players well, getting them fit, and offering them psychological support.”

“It might have to include determining what went wrong in the region and how it influences those who now play the sport – how it shapes their personalities,” the editorial added.

It concluded that there needs to be a paradigm shift in thinking of how cricket is administered.

“Cricket administrators may have to think differently about their roles. Cricket West Indies, in this regard, would have to add new dimensions to how it manages the sport, taking into account James’ admonition about knowing cricket.”