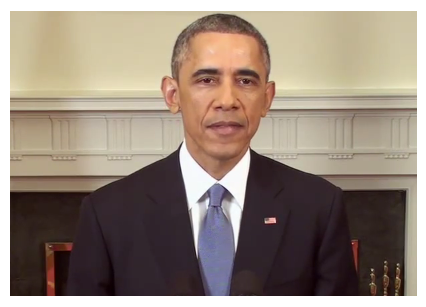 “A lame duck, in politics, is an elected official who is approaching the end of his or her tenure, especially one whose successor has already been elected. The official is often seen as having less influence with other politicians due to his limited time left in office.” – wikipedia.org.

President Obama in his State of the Union address has added new meaning to the term lame duck as his presentation was everything but lame.

The President, in his speech which lasted 59 minutes and 57 seconds, reminded his adversary the GOP that he has no more election campaign to run and as if this was not enough he added in a retort, “I know because I won both of them.”

He was bold, bullish, and showed a lot of swagger much to the chagrin of the Republicans.

The President’s speech was all about the bass and no treble.

It was primarily focused on policies to help people within the lower echelon of the society who have not had break for the past ten years or more.

He noted that through common-sense proposals like closing loopholes that benefit the wealthy and providing tax relief to the middle class, making two years of community college free for responsible students, strengthening paid leave policies and access to quality child care for working families, and raising the minimum wage, lowering mortgage premiums and increasing access to paid sick leave, we can ensure that everyone benefits from, and contributes to, America’s success.

“The verdict is clear. Middle-class economics works. Expanding opportunity works. And these policies will continue to work, as long as politics don’t get in the way,” Mr. Obama declared.

“We can’t slow down businesses or put our economy at risk with government shutdowns or fiscal showdowns. We can’t put the security of families at risk by taking away their health insurance, or unraveling the new rules on Wall Street, or refighting past battles on immigration when we’ve got a system to fix. And if a bill comes to my desk that tries to do any of these things, it will earn my veto,” he added.

The President framed the debate in his presentation between what he and his party stand for vis-à-vis the Republicans.

“Will we accept an economy where only a few of us do spectacularly well? Or will we commit ourselves to an economy that generates rising incomes and chances for everyone who makes the effort?” President Obama said,

In his wide ranging address, he also covered other issues such as cyber security, climate change, and national security among others.