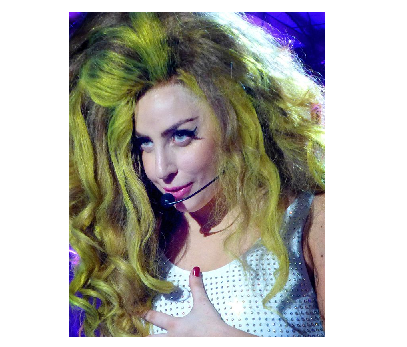 Say whatever you like or dislike about Lady Gaga, one thing however, you can’t deny, she keeps things real.

According to a news report, she admitted to being addicted to marijuana.

She explained then that, at one point, she was smoking 15 to 20 marijuana cigarettes a day.

Gaga at the time viewed her addiction as a coping mechanism and a form of self-medication.

“I was living on a totally other psychedelic plane, numbing myself completely, and looking back I do see now that some of it had to do with my hip pain,” she told Z100, as reported by People.

“I didn’t know where the pain was coming from so I was just in a lot of pain and very depressed all the time and not really sure why,” she reportedly said.

She also asserted that she would never be drunk or high on stage.

Although we have come a far way from headlines such as that found in the press of February 10, 1938, where the Beloit (Wisc.) Daily News reads, “Authorities Warn against Spread of Marijuana Habit—Insanity, Degeneracy and Violence Follow Use of Weed.”

Today, one certainly cannot ignore the negative effects of the use of marijuana.

In fact, research has shown that although the percentage of people who try marijuana and become addicted to it is small, it is possible to get hooked on the drug.

According to the National Institute on Drug Abuse, about 9 percent of marijuana users become dependent on the drug, with that percentage going up for people who begin using the drug in adolescence.

Webmd.com reports that in a study of nearly 500 marijuana smokers who tried to kick the habit, about one-third resumed use to relieve or avoid withdrawal symptoms such as irritability and anxiety.

The site also reports that there’s long been a debate over whether pot smokers actually become addicted to the drug and whether withdrawal symptoms are real.

In a recently published edition of the Diagnostic and Statistical Manual of Mental Disorders, it shows that marijuana withdrawal is characterized by anxiety, problems sleeping, irritability and aggression.

Reports also indicate while it’s impossible to die from a marijuana overdose like you would from other illicit, dangerous drugs, dependence on marijuana can cause disruptions to people’s lives.

Gaga broke her hip last year, causing her to cancel part of her Born This Way tour.

The pop star however, is currently on her latest world tour which kicks off in Japan.