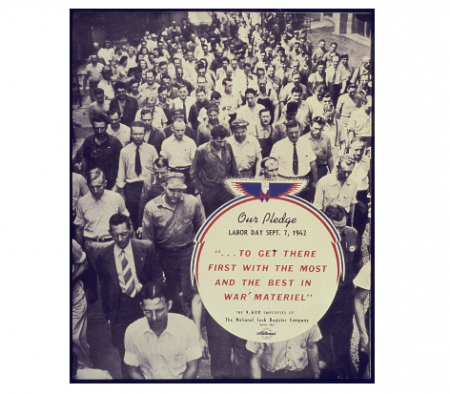 without degrading all.” – William H. Sylvis

In 1894, Labor Day became a federal holiday. The labor movement in the U.S. had fought (in some cases to the death) for better working conditions, higher wages, against the horrors of child labor, health benefits and to ensure retired as well as injured workers were well cared for. There is POWER in numbers and the labor movement in the U.S., proved to be an equalizing force against the greedy capitalists of the day and the same struggle continues today.  Every year on the first Monday in September we honor the American labor force.

In 1842, Commonwealth v. Hunt established the right of workers to organize in order to protect their interests.  In 1872, the first national labor union was formed (NLU). Labor unions went on to champion the cause of the working class by helping with the passage of the Fair Labor Standards Act of 1938 which established a national minimum wage and time and a half for overtime. The Equal Pay Act of 1963 sought to put an end to earning disparity based on sex. The Age Discrimination in Employment Act of 1967 sought to protect those of our workforce above the age of forty. The Pregnancy Discrimination Act of 1978 sought to protect our mothers. Where would America be without labor unions?

Labor unions are the last bastion of the middle class. Without labor unions we would have something that resembles the “tale of 2 countries”. Twelve percent of Americans belong to a labor union. The number increases to 25 percent when speaking of New Yorkers. We have POWER today just as we did in the early days of the labor movement. Every year on the first Monday in September we honor the American labor force and by doing so… we honor ourselves.