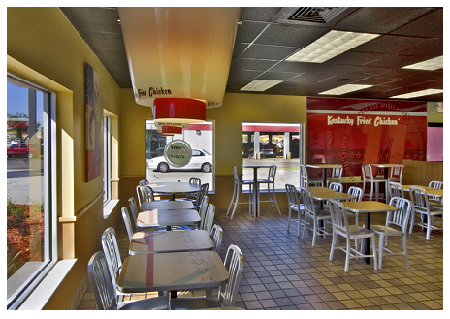 Kentucky Fried Chicken (KFC) is one of the largest fast food restaurant chains in the world. The company with its headquarters cited in Louisville, Kentucky, in the United States is second to McDonald’s in terms of outlets and sales.

The company is a subsidiary of Yum! Brands, a restaurant company that also owns the Pizza Hut and Taco Bell chains.

Over the years, KFC has lost market share to outlets such as Chick-fil-A and Popeyes and has been described in the press as “aged and uninviting”, and “hasn’t introduced an exciting new food item in ages.”

However, today KFC is gaining considerable momentum especially in the U.S., where same-store sales have increased 8% on a two-year basis.

The fast food company is said to be winning back customers through the use of the following strategies:

KFC has resorted to the use of Colonel Sanders in its advertising campaign. This is something the company has not done in over twenty years.

“The brand’s reinvigoration with Saturday Night Live alums playing the role of founder Colonel Sanders has brought some buzz back to the concept,” Nomura analyst Mark Kalinowski wrote in a recent note.

KFC executives have also reportedly said the new marketing campaign has been a a success.

“If you looked at social media over Halloween, there were zillions of Colonel Sanders costumes — not just kids, but adults,” Kevin Hochman, KFC’s chief marketing officer, said at an event debuting Nashville Hot Chicken in New York City in January.

In addition, it is planning to release a new ad with yet another actor playing the Colonel during the Superbowl this weekend.

2. Its new promotional campaign dubbed the $5 “Fill Up” meal.

The campaign is widely successful among customers and Citi Research analysts have declared the promotion to be a major boost to the chain’s momentum in the U.S.

The meals include an entree, a drink, several sides, and a dessert — all for $5.

“We believe the positive sales momentum is likely to continue,” Citi Research analysts wrote in a research note.

The chain has recently started a renovation program by giving its outlets a new and improved look in design and décor.