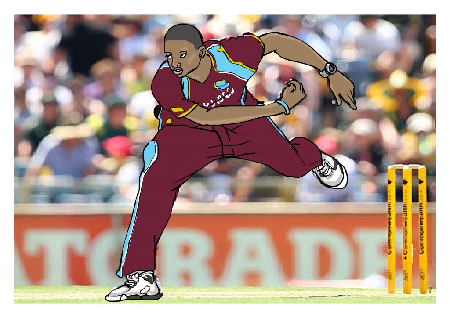 West Indies cricketer, Keemo Paul, put in an exceptional performance in the Windies latest four-wicket win against Bangladesh in the ODI series as his reprieves proved instrumental to his side’s victory — a Doctor Paul’s treatment!

Bangladesh down must have been the cry in the aftermath of the match and they could be forgiven for blaming it all on fluffing their lines at crucial stages of the game.

So, while the Windies bask in the euphoria of the triumph, Bangladesh will be surely ruing two dropped catches which ultimately proved costly at the end.

And Keemo Paul was on hand to benefit from the botched job as his reprieves can be thought to have also done a number on the confidence of the Bangladeshi bowlers.

Both chances came in the 44th, and 48th overs and the fielder on the two occasions was the substitute, Nazmul Islam. Keemo Paul made most of the chances and it ultimately proved crucial as Windies came away from the encounter with all the spoils.

Paul was on 6 in the first instance when Nazmul scampered to catch a slog sweep and ended up miscalculating the trajectory of the ball. He may have gotten his hands on it somewhat, but he was never able to maintain a firm grip.

In the second instance, West Indies were in need of 23 off 13 balls, and Paul let fly a full-blooded pull which Nazmul overran but still managed to stop a boundary.

Shai Hope did get a perfect foil from Paul’s unbeaten 18 during their 71-run unbroken seventh-wicket. And this helped the visitors cruise to victory and draw level on the ODI series.

Paul’s reprieves were undeniably crucial as the two dropped catches made Bangladesh pay. But there were also some equally important moments in the encounter. It would have been a little bit harder for Windies to rotate the strike if Kemar Roach had come to the crease.

Another important talking point which forms part of the defining moments that shaped the game is when Rubel was hit for a six first ball but bounced back in the final four balls.

His endeavor saw him create two chances and if that catch was excluded from his bowling, a dot would have been the outcome of the last ball. When the chips are down, and the stakes are high, it is fine margins like these that make all the difference in the grandest scheme of things and on this occasion, it was the confidence of the Bangladeshi bowlers that took a hit with Windies benefitting in the end.

While Nazmul may have had a game to forget, it would be harsh to put the entire blame solely at his feet. A number of players were just as guilty for the poor showing. Before Shimron Hetmyer had opened his account, Imrul Kayes dropped a sitter at short fine leg. Perhaps it didn’t matter much at that stage as Hetmyer found himself struggling a couple of overs later, but it undoubtedly cast a fresh cloud of doubt over the fielding in this ODI series.

There were also lapses in other departments. Tamim Iqbal should be patting himself on the back for one of the best catches of the year in the first ODI, but most of the gloss was taken off that achievement by dropped catches from Ariful Haque, Rubel Hossain, and Mushfiqur Rahim.

Ariful dropped a sitter at point this handed Darren Bravo reprieves on 13 and 18. And Mushfiqur could have done better with a chance that wicketkeepers usually make the most of at a crucial point in a match. A combination of these shortcomings put unwanted pressure on an area that has been doing quite well lately.

In any case, the Windies was deserving winners on the day and with Paul, and his cohorts on song and Bangladesh looking to get back to winning ways, a tantalizing prospect for cricket fans is undoubtedly on the cards.