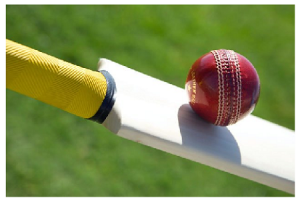 Keemo Paul is a multi-talented and energetic young Guyanese Cricketer born on February 21, 1998, in Guyana. His exceptional all-around talent was recognized from an early age while playing for the Essequibo Islands Secondary School; he was able to bowl fast, bat, wicket keep and was also a brilliant fielder and was impressive through age group Cricket.

He was the captain of the Guyanese under-15 team and played for the Guyana under-17 and under-19 teams. He was a part of the West Indies under-19 team that won the World Cup in 2016 and made his debut for the Guyana senior team in the 2014-2015 Regional Super-50 Tournament as a 16-year-old.

He has also played 7 T-20 games for the Guyana Amazon Warriors, scoring 14 runs and taking one wicket. He was recently called up for the West Indies senior One-Day-International team and has played in 3 matches so far. I will discuss the case for the dynamic talent, Keemo Paul, to be included in both the West Indies Test and ODI Teams going forward.

One of the reasons why young Keemo Paul should be given an opportunity to play for the West Indian Senior Team on a consistent basis is because of his dynamism. Paul can be an impact player who can change the course of a match, whether with a superb spell of bowling, belligerent batting or taking a spectacular catch in the field. In my opinion, Paul can develop into an All-rounder similar in quality and impact to the English man Ben Stokes if given the right opportunities. The West Indies team is badly in need of such a player to be competitive on the World stage, and Paul is surely the guy who can play this role. He has done so on several occasions while playing for Guyana and his contributions are one of the reasons why Guyana is dominating Regional Cricket currently.

Keemo Paul is also young and impressionable and constantly seeks advice from senior players such as Shivnarine Chanderpaul and coaching staff. This speaks to his willingness to learn from others to become a better Cricketer. This positive attitude and yearning to learn and develop, along with the natural talent that he possesses will allow young Paul to develop into a world beater sooner rather than later! Shivnarine Chanderpaul has remarked that Paul learns very quickly and is one of the best all-rounders he has seen in a while; Chanderpaul is also impressed with his modesty and humble nature.

Also, Paul is very mature in his mindset, despite his tender age of 20. He handles pressure very well and adjusts his game to the match situation which is a very rare skill among cricketers. This skill will serve the West Indies team well if Paul is given the opportunity at the highest level.

Finally, Keemo Paul has all the attributes to become an outstanding all-rounder for the West Indies – he is an accurate medium-fast bowler, a compact and accomplished batsman and an exceptional fielder. Hopefully, the West Indian selectors will persist with him, and he will grasp the opportunities with both hands and cement his place in the team. If this happens, the West Indies Team will be stronger and more competitive, which is what we all want. We will be watching to see the progress of the exciting talent Keemo Paul.