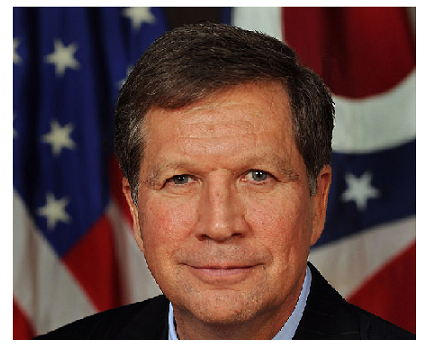 Ohio Gov. John Kasich on Saturday broke with much of his party on Merrick Garland, saying he’d not only consider meeting with President Barack Obama’s nominee for the Supreme Court — he’d consider nominating Garland himself if he were elected president.

Most Senate Republicans continue to shut down any possibility of hearings for Garland, with many refusing to even meet with the D.C. circuit court judge who Obama formally nominated this week to replace late justice Antonin Scalia.

“I want a conservative who’s not going to make the law but who will interpret the law and somebody of high standing,” Kasich told John Dickerson in a pre-taped interview airing Sunday on CBS News’ “Face the Nation.” “I don’t care about their peccadilloes you know 30 years ago. But we have a process.”

The comments came after Dickerson asked Kasich if he would’ve looked at Garland himself. Kasich also said he believes the senators should “all sit down and meet with the guy.”

Kasich, who has built his campaign around a theme of unifying the country, noted that he has appointed more than 100 judges in Ohio, including a woman to the Ohio Supreme Court.

“And we’ve had good success with our selections,” he said.

Illinois Sen. Mark Kirk has been the only lawmaker to really break from party leadership. Last week, he called for a vote on Garland’s nomination.