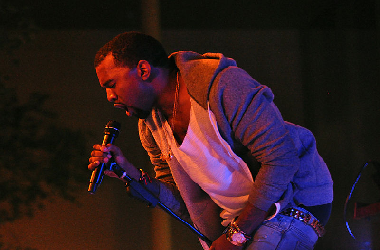 Kanye Omari West, the American rapper, singer, songwriter, record producer, composer, entrepreneur, and fashion designer, has revealed his political hand to run for the highest office in the U.S.

West, a noted supporter of United States President Donald Trump, said in a Twitter post that he’s in — the 2020 presidential race.

His move is not expected to upset the applecart of Trump and the likely Democratic rival, former Vice President Joe Biden, but one many have argued is a stunt of no mean order.

“We must now realize the promise of America by trusting God, unifying our vision, and building our future. I am running for president of the United States,” West wrote in a social media post late on Saturday (01:00 GMT Sunday), adding an American flag emoji and the hashtag “#2020VISION”.

It was not immediately clear whether West was serious about bidding for the presidency four months before the November 3 election, or if he had filed any official paperwork to appear on state election ballots.