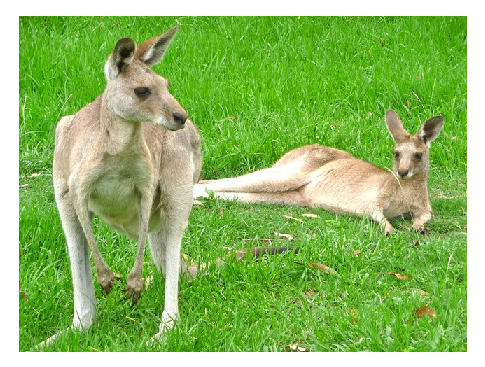 What goes on in one’s bed bedroom is not only tame to what obtains in the animal kingdom in the wild, but makes for interesting and fascinating reading and observation.

Although for the kangaroo, most mating takes place around spring and early summer their mating extend beyond that to an all-year act.

Biologist, Emily Miller, of the University of Sydney in Australia, in a report, told livescience.com that to start the sensual act, “a male will rub his chest on the grass or some bushes, growl and cluck as he stands up onto his toes and tail tip.” Other male will either bow low and cough (signifying he declines the challenge) or fight back, resulting in a violent boxing match that usually ends when the loser runs away.

It’s common to see male kangaroos get into fits of jealousy which results in boxing matches with other males over prized females. Kangaroos are also known to show marked difference in size with the male growing to be several times larger than the females.

In the kangaroo world size also matters and Bill Bateman, a wildlife biologist at Curtain University in Australia, reportedly told livescience.com that male kangaroos can develop very large muscles in their upper body, which they sometimes show off by striking poses.

“The females, in turn, may be able to use the big muscles as a way of judging the quality of the males available and preferentially encourage mating with the big guys,” Bateman said.

How does the male know when the female is on heat and ready to mate? It’s all in the sniffing, poking, and tasting of the urine.

Once the male gains access to a female, he will grab her at the waist from behind with his powerful arms, hold her still and mate with her for up to 50 minutes. “She often carries on grazing, it’s not very romantic,” Bateman told the LiveScience.

Female kangaroos interestingly enough have three vaginas — two for sperm and one in the middle for birthing. On the other hand, males have long, double-headed penises to inseminate the lateral vaginas.

Once copulation is complete, the male will be on standby for some time to ensure other males don’t mate with his female, too. He, however, will after a while leave to mate with other females in his mob.